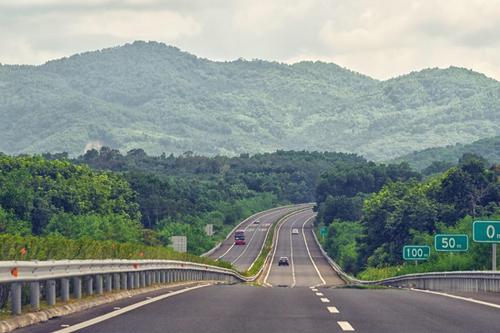 Nearly two months after losing his bike in south China's Guangdong Province, Peng Wei is still upset about the fact that a foreigner who dealt with a similar situation had his bike returned to him by local police within days, whereas he has yet to recover his missing wheels.

Chinese netizens sympthized with him and voiced dissatisfaction with such unequal treatment.

Three months ago, a Japanese tourist lost his bicycle in central China's city of Wuhan. Police retrieved it four days later, with the help of local people. Peng, on the other hand, is still waiting for police to recover his bike in Dongguan, a manufacturing hub in Guangdong.

Peng, a native of south China's Hainan Province, began a large-scale bike trip around China in July 2011. However, his bike was stolen in Dongguan's Dalingshan township on Feb. 28 this year after trekking across more than 10 provinces.

Peng reported the theft to local police the next day, but heard nothing from them until going public with his dilemma. Peng chose to post photos of himself and his bike on the Internet, hoping that netizens would help locate the missing ride.

He also made efforts to contact local media outlets, telling them "I'm not Japanese. My bicycle has been stolen. Can I get it back?"

Eight days later, the Dalingshan township government posted on its official account on Weibo.com, a popular Chinese microblogging site, that the police had begun to investigate the case.

Netizens have criticized the handling of Peng's case, citing the previously mentioned incident involving the Japanese tourist as evidence of unfair treatment.

Peng said he cannot afford another bike because his family is poor, adding that he funded his bike trip by performing odd jobs and playing the saxophone during his travels.

Peng said he didn't expect the public to be so concerned about his case, adding that police have been under great pressure and have tried their best to help him.

Police officers in Dalingshan are investigating the case, with each police station receiving photos of Peng's bicycle to aid them in their search. Some of the officers have gone to salvage stations and bike repair shops to locate the bike, according to Wu Guorong, deputy head of the township's police station.

However, some netizens have stated that local police have failed to find the bike not because of an inability to do so, but an unwillingness to do so.

"It doesn't matter if you're Japanese or not, only if you're foreign, as the probability of retrieving your bike is much higher than for a Chinese person. Why? Because the police want to uphold the image of our nation for foreigners," wrote one netizen using the screenname "cactus" on Weibo.com.

Since the theft of Peng's treasured bicycle was reported, netizens referred to the two incidents again and again, noting they were not so fortunate with their lost property, ranging from bicycles to computers, mobile phones, suitcases, cars and dogs. This feeling of unequal treatment was aggravated later when it was reported that police in Beijing ran 20 kilometers to retrieve a runaway horse for a U.S. citizen.

However, Zhu Lei, director of a research center at Guangdong's Jinan University, interceded for the local government.

He also noted that in a Chinese family, parents would scold their child first if the child is involved in a fight with other kids. Such treatment of outsiders and people on their own side has been long deep-rooted in Chinese culture.

It is a "great challenge" when the government faces such a situation (Peng's case) in its work.

He suggested the government should not extend special rights to certain individuals, adding that everyone should be treated equally.

Meanwhile, said Zhu, government officials could also adjust their workstyle, soliciting views of netizens in handling such complicated issues. The government could ask: If you're a law-enforcement officer, what would you do to solve this case?

It is actually unrealistic to search from household to household, considering the large population in the city of Dongguan. Make netizens realize this, he said.

"We have made full efforts in Peng's case. Whether cases involve foreigners or Chinese, we will make our best efforts to solve our cases," said Wu with the township's police station.