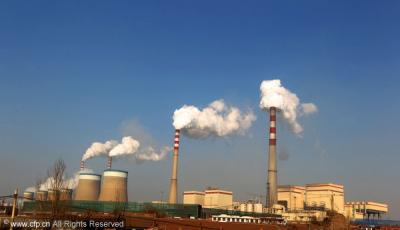 Power demand growth mostly slowed, except for Guizhou and Hainan which posted annual growth of more than 10 percent.

An employee at a local power generation company said the power crunch is likely to persist due to the ongoing drought in south-west China and continued coal shortages.

According to the report, the Jiangxi branch of the State Grid began to supply China Southern Power Grid with 300,000 kilowatts of power per day from April 5, and the total volume of power transferred by the end of April is expected to total 200 million kilowatts.

This was the first time Jiangxi Grid and China Southern Power Grid were involved in a cross-province transfer of power in order to ease the power supply shortages in south China.

During the peak period, China Southern Power Grid is expected to face maximum power demand of 133 million kilowatts, an increase of nine percent from a year ago.

The water and coal shortages will result in the inability of China Southern Power Grid’s thermal power generation facilities to meet power demand, and the power supply shortage could hit a peak of 13 million kilowatts.

An insider at SERC said power demand growth has been slowing due to the weaker economy.

Next news: Sanya’s massive surge in new tourism infrastructure going no where