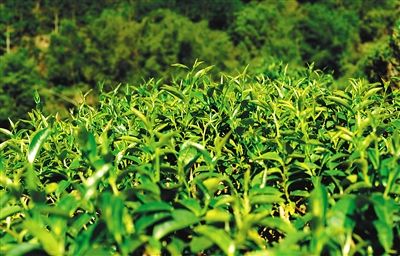 TEA produced by some of China's top companies contained residue of banned pesticides, Greenpeace said in a report.
The environmental organization tested nine brands of 18 types of tea sold in Beijing, Sichuan and Hainan, including green tea, oolong tea and jasmine tea. Prices ranged from 120 yuan (US$19) to 2,000 yuan per kilogram. Some brands tested, such as Wuyutai and Zhangyiyuan, are among the most popular in China.
The tests showed that all the samples contained at least three types of pesticide residue from a total of 29 pesticides identified.
One type of oolong tea, bearing the Richun brand, contained 17 types, Greenpeace said.
Some of the pesticides found are banned for use in tea production in China.
Eleven of the teas, including jasmine tea produced by Wuyutai and Zhangyiyuan and green tea produced by Ten Fu Tea, were found to contain methomyl. Four types of oolong tea from Richun and Bama contained endosulfan, while the green tea produced by Hainan Nongken contained fenvalerate. All are banned from use in tea production because of the risk to health.
Wang Jing, a Greenpeace official, said that, compared to small tea farms, large companies should have the resources to establish a tracing system and thus control pesticide use from the early stages of growth. "The problem lies with whether the companies are concerned about consumers' health," Wang said.
The report also said that the high amount of pesticide residue in tea grown in China had affected exports. In February and March, the European Union reported that tea from Zhejiang Province and Fujian Province contained excessive pesticide residue.
Some of the brands mentioned in the report, such as Wuyutai and Richun, are available in Shanghai.
Food safety authorities in the city said they could not comment yesterday as they had not seen the report. The Shanghai Tea Trade Association also wouldn't comment.
Last year, food quality monitoring in Shanghai showed that tea products had the lowest pass rate, and pesticide residue was the biggest problem. Fewer than 78 percent of tea products sold in the city passed tests for pesticide residue last year, the Shanghai Food Safety Office said.
SOURCE: Shanghai Daily