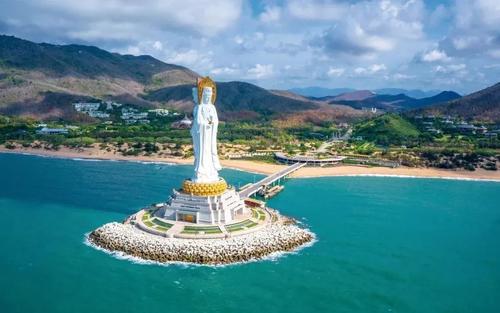 China is putting every efforts and resources to develop the Hainan province with setting up state of the art industries, developing tourism spots on modern lines, and establishment of policy making institutions that could play a pivotal role in the country’s development.

Located at the the southernmost tip of China, Hainan Province comprises the island of Hainan and its adjacent islands. A group of overseas journalists who were in Haikou, the metropolis of Hainan province on 4-day visit last week was taken to various places for the first hand information on overall development in all spheres of life, the province has so far achieved.

At a briefing at the Hainan CAG Special Glass Company, a subsidiary of China National Aviation Sanx-in popularly known as AVIC, one of the China most prolific entrepreneurs is involved in manufacturing of defence and other allied equipments, the media team was told that in Haikou, the company has established a complex comprising 4-unit for the manufacturing of various kinds of glass for building construction, High Speed trains with cutting edge technology.

Jiang Hong, the manager of the complex, informed that AVIC ranked 312 among the top 500 companies and complex is manufacturing glasses used in buildings that consume less energy. He said that the glass product is being manufactured is more transparent than present in vogue. The product is also exported, he noted On questions, Jiang said that the complex here also manufacturing bullet-proof glasses for use in various kinds of vehicles.

The production of one of the 4-unit in operation, it was told is 420 tons, a day.

At the Mangroves in Dongzhaigang park, one of the most beautiful coasts in China, Dr. Jian Guo, the Deputy Director of Haikou Forestry Bureau told that Dongzhangang Nature Reserve was established in January 1980.
The main purposes of setting up the park, he said was to protect mangrove forest ecosystem and birds. the coastline of the reserve area is 3337 hectare.

Among which mangrove forest accounts for 1578 hectors.

The park has 25 ‘true’ mangrove species belonging to 11 families. A total of 194 birds species have been recorded, Dr. Jian, a PhD told the journalists.

At the sprawling building of National Institute for South China Sea Studies, President of the Institute Wu Shicun (Phd) gave a details information about the objective of setting of the academy and Chinâ role on South China Sea studies.

The academy specializes in research on South China Sea (SCS) issues and is actively engaged in related academic exchange. From the policy point of view, Dr Wu Shicun said it works under the guidance of Foreign Ministry of PRC. Its objectives are: History and geography of SCS, sovereignty of SCS island; Applicability of United Nations Convention on the Law of the Sea in the SCS area; Strategic studies on peaceful settlement on the Spratly dispute;

Resources exploitation and environmental protection of SCS and training for professionals.

He said that as the island is rich of natural resources including oil, therefore many countries have now come forward and making their false claims.

At Hainan International Convention and Exhibition Center that was completed in June last year, it was informed that it has multi-functional area of convention, exhibition, hotel, commercial and leisure. The outlook of the center is unique as its roof which looks like dynamic waves and perfectly fits into its surrounding ocean view.

It was told that the centre has already held a big car exhibition.

The media team was also briefed about Mission Hills build with the financing from the Chinese living in Hong Kong. The BLACKSTONE golf course covering an area of 250 acres also organised international golf events.

The Laocheng Economic Development Zone in Chengmai County, is housing over 200 software industries and imparting training to the local youths in IT. The Deng Xiaogang, the Executive Director of Haikon City government briefedabout provision of new housing units for the residents on affordable cost.

Next news: China ambitious urbanization ? We build them and the people will come