HomeNews & Social MediaHainan NewsTaiwan debates with mainland at Boao on democracy vs. efficiency

Taiwan debates with mainland at Boao on democracy vs. efficiency 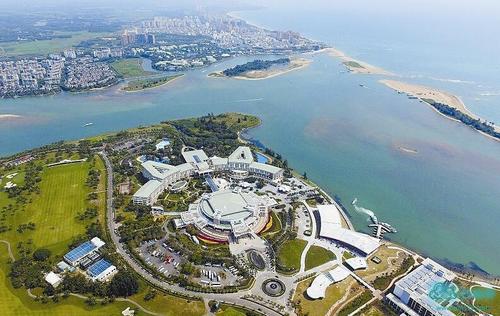 Deputy Taipei Mayor Tim Ting had a debate with Chinese entrepreneur Zhang Xin on the issues of "democracy vs. autocracy" and "democracy vs. efficiency" at the Boao Forum for Asia held earlier this month on the southern Chinese island of Hainan.

Referring to the social tension triggered by the forced eviction of the Wang family in Taipei to make way for an urban renewal project, Zhang asked Ting if democracy will slow down urban development. The deputy mayor replied that "we believe very much in democracy but will never allow it to delay urban development."

Zhang further asked Ting what he would do for Taipei if he had "complete freedom to develop a city without having to worry about people, the media and student protesters." In response, Ting said that this would be a "very terrible scenario."

Unlike Ting, American columnist Thomas Friedman has been rather outspoken on the issue. Friedman has suggested that if America could be "China for a day," the U.S. government could "authorize the right solutions" for everything from the economy to the environment. This demonstrates that even though Friedman believes democracy is a top-rated political system, he nevertheless recognizes that there are shortcomings in the system.

In China, any homes can be torn down and in just a few months, new buildings erected in the same locations. In this process, hundreds and even thousands of families may be displaced, and no media, city councilors or political parties will speak up for them.

City landscapes in Taiwan are mixes of old and new, low-rise and high-rise, and ugly and beautiful buildings, which tell a beautiful story of a city's vicissitudes. Taiwan's streets truly reflect its democracy and allow us to see the country's inner beauty through its ugly appearance.

Having finally emerged from autocracy, Taiwan will probably not want to go back and "be China for a day." We are definitely against the idea of a government "with complete freedom." But we do not wish to see a ademocracy in which time is wasted by people doing nothing, either.

Next news: A day in the life of a watch captain onboard Sanya with VOR