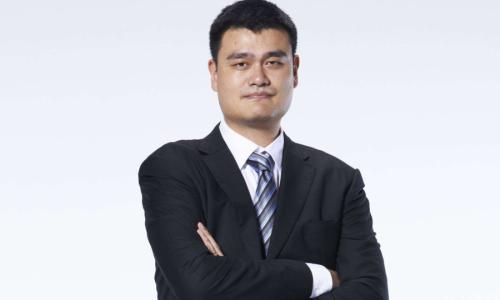 Former Houston Rockets center Yao Ming on Sunday described Jeremy Lin's success in the NBA as "a bit out of my expectation," when asked to comment on the buzz surrounding the New York Knicks American-born player of Chinese heritage.

"Lin faces challenges as an NBA basketball player — he is not very tall, not very strong, and he was cut out by two clubs before finally joining the Knicks," Yao told reporters on the sidelines of a business forum held in south China's resort town of Boao, Hainan province.

"To be honest, I did not expect him to play so well," Yao said. "But in Lin's success I see hope about how descendants of Chinese immigrants to the States can become successful in mainstream society."

Yao said he and Lin are different, brushing off reporters' questions on whether he saw a younger version of himself in the new star.

Since earlier this year, Lin, a Harvard-educated guard and the first American-born NBA player of Chinese heritage, has taken China and the world by storm, with his skills, humor and work ethic.

Chinese like to compare Lin with Yao as the two are both world-class players of a game popular around the globe and they are extremely inspiring to young people.

But the two are quite different, at least judging by the start of their NBA careers. At seven feet five inches tall, Yao had already made his name in the world when he was selected as the No.1 pick by the Rockets in the 2002 draft. He was picked for the NBA All-Stars eight times during his career.

Yao, now 32, retired from the court in 2011 due to repeated injuries. However, he has kept a busy schedule, going back to school in his hometown Shanghai for a business management degree while helping manage local basketball team the Shanghai Sharks. He has also set up a wine company and is seeking to enter the film industry, besides taking part in various commercials and public welfare activities like a campaign against eating shark fins.