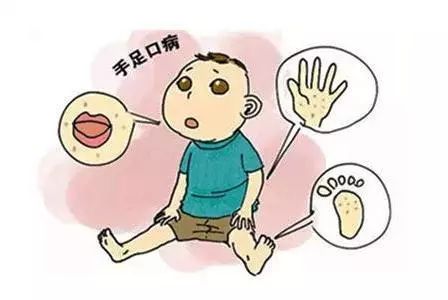 Hand-foot-mouth disease (HFMD) has killed four people and sickened more than 11,000 others in South China's Guangxi Zhuang autonomous region, and more people are likely to be affected by the disease as it enters its peak, health authorities said Saturday.
During the first quarter this year, a total of 11,757 HFMD cases have been reported in Guangxi, up 38.24 percent from the same period last year, the Guangxi regional health department said in a statement.
The infectious disease has plagued other areas in China.
Central Hunan province has seen a surge in cases of hand-foot-mouth disease since the beginning of this month, with over 1,000 cases reported over the past week, according to local health authorities.
Also 20 children of a kindergarten in Hong Kong have been infected by the disease.
Hong Kong's Center for Health Protection said the patients, 13 boys and seven girls from two to five years old, started to show symptoms of HFMD since March 23.
Children under three years old are especially susceptible to break-outs of HFMD. The disease starts with a slight fever followed by blisters and ulcers in the mouth and rashes on the hands and feet.
The HFMD virus is usually transmitted through digestive and respiratory systems or through intimate contact.
China's Ministry of Health on Monday issued a statement, urging local governments of all levels to intensify the prevention and control of HFMD as well as other infectious diseases.
Ministry figures showed that, in February, China's mainland reported over 467,000 cases of infectious disease and 1,246 related deaths, of which 11 people died of HFMD.
The Guangxi regional disease control and prevention center has since intensified training among medical workers in handling the disease and strengthened advertisement among the people about the disease.
Health authorities in Hunan have ordered measures to closely monitor and prevent cases of the disease, especially at primary schools and kindergartens.
South China's Hainan province also kicked off a one-month campaign on March 20 to inspect prevention and control work of the disease.
SOURCE: China Daily
Editorial Message
This site contains materials from other clearly stated media sources for the purpose of discussion stimulation and content enrichment among our members only.
whatsonsanya.com does not necessarily endorse their views or the accuracy of their content. For copyright infringement issues please contact editor@whatsonsanya.com

Next news: Chinese VP Li Keqiang meets members of BFA Board of Directors in Hainan