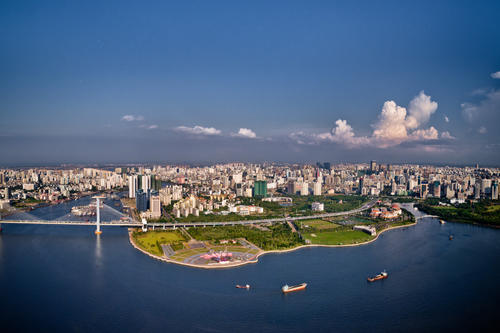 Wang Zhihong, (Director of Department of Housing and Urban and Rural Construction of Hainan Province) said that there will be not a large number indemnificatory projects in 2012; however it is still arduous due to the accumulation of the task in previous period. The speed in construction shall be changed to quality. Therefore research and formulate the general embodiment and implementation views for the Pubilc housings in Hainan Province; make effort to structure the long-standing system of housing guarantee; complete the general survey of the housing and income of urban residents in order to have a clear idea of the truth. Promote the building of provincial-level financing platform for the construction of indemnificatory projects to collect funds in various ways and accelerate the construction. Carry out the tenure system of engineering quality to control the planning, design, building materials, completion and the acceptance, strengthen the supervision and inspection for the engineering quality and security and ensure the quality and safety. Reinforce the management on sale and rental and normalize & complete the application, approval, public notification, distribution and withdraw in order to ensure the just, fair and open distribution.

SOURCE: hainan.gov.cn
Editorial Message
This site contains materials from other clearly stated media sources for the purpose of discussion stimulation and content enrichment among our members only.