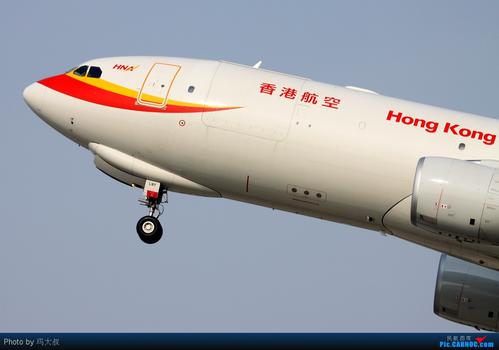 The Hong Kong-based regional carrier said it was under pressure to cancel its order for 10 Airbus A380 aircraft with a list value of $3.8 billion, the South China Morning Post reported on Thursday.

"We cannot do something which is against our country's interests," the newspaper quoted airline President Yang Jianhong as saying.

"I cannot confirm this (possible order cancellation) and I have no comment on this," said Kenneth Thong, head of corporate governance and international affairs at the carrier.

The carrier, which has a fleet of 14 aircraft including six A330-200s and eight Boeing 737-800s, is taking delivery of eight to 10 aircraft this year, its spokeswoman told Reuters in January.

Hong Kong Airlines is planning an initial public offering in Hong Kong in the third quarter, aiming to raise about HK$5 billion ($643.88 million).

It operates scheduled flights to eight cities in China and other parts of Asia and Europe, including Indonesia, Japan, Singapore, Thailand, Vietnam, and Russia.

Plans to announce the high-profile A380 deal between Airbus and Hong Kong Airlines were called off at the Paris Airshow last June because of China's anger over European plans to charge airlines for emissions, Industry sources said.

Hong Kong Airlines only confirmed its order for the double-decker A380 months afterwards.

China has threatened to hold back on purchasing Airbus aircraft in retaliation against the airline emissions fee scheme.

The scheme, which levies charges for carbon emissions on flights in and out of Europe, has also drawn the ire of other countries, including the United States and India. Foreign governments argue that the EU is exceeding its legal jurisdiction by calculating the carbon cost over the whole flight, not just Europe.

SOURCE: climatespectator.com.au
Editorial Message
This site contains materials from other clearly stated media sources for the purpose of discussion stimulation and content enrichment among our members only.

Previous news: China sees over 50% increase in Russian and Vietnamese visitors in 2012