The intercontinental liner route opens a direct passage through which containers from Hainan's Yangpu can be shipped southward to the South Pacific and Australia. 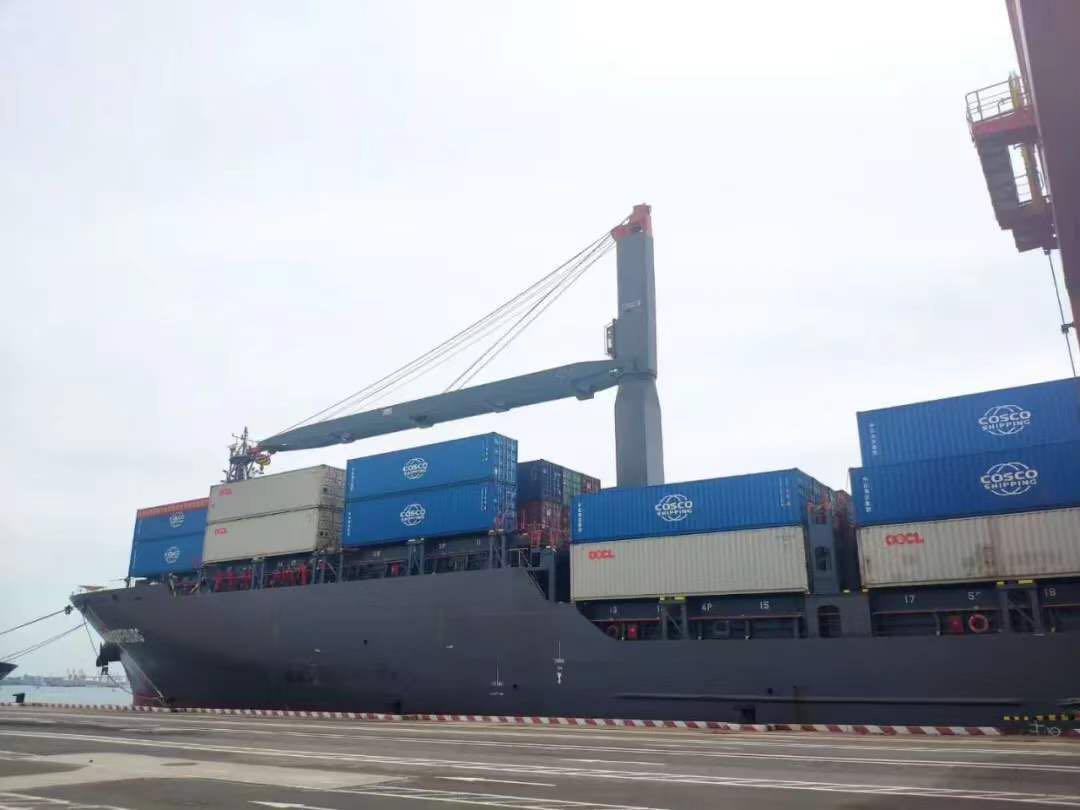 It is the first intercontinental liner route opened in the Hainan Free Trade Port. The liner route is operated by COSCO Shipping. Currently, two 1,740-container ships are put into service, and the ship will be operated once every two weeks. The ship will pass through Hong Kong, Cebu, the Philippines, Laicheng and Moresby ports in Papua New Guinea, as well as Townsville and Darwin in Australia, offering speedy and efficient direct services for the trade of coconuts, logs, beef, minerals and FMCG (Fast Moving Consumer Goods) between Hainan and other countries in the South Pacific.

Following a strategic cooperation agreement with Hainan government in July 2018, COSCO Shipping is leverage on its own advantages in shipping resources, relying on Yangpu Xiaochantan Terminal to develops it trade route network with major ports in China. Besides, the company also expands Yangpu’s foreign trade routes to overseas destinations including Thailand, Cambodia, Malaysia, Singapore, Myanmar and Bangladesh as well as developed key domestic nodes in Nanshan Islands, Jingzhou and Tianjin.

With a focus on Yangpu, COSCO Shipping will continue to improve container route services from Hainan to ASEAN countries, and to build an important gateway to the Pacific and Indian Oceans.

Next news: Go beyond the tourist spots, head for Baoping Village and Shuinan Village in Sanya