Hainan is dotted with remarkable ancient Chinese dwellings, making it the perfect place for visitors interested in learning about China's diverse culture.

Hainan China’s only tropical island province; it is also home to the Li and Miao ethnic minority groups. Partly for those reasons, Hainan boasts unique architectural dwellings with distinctive regional features, aesthetic ideas, and cultural imprints. In recent years, Hainan has taken much more care to preserve its traditional dwellings, making the province’s historical folk houses a precious part of its cultural heritage.

The floating house is representative of the traditional residence of the Dan People in Hainan. In Hainan, the “Dan Jia” group is not really an ethnic minority. They are part of the Han majority.

At Xincun Port in Lingshui County, there are more than 600 rows of floating houses. The houses float upon sturdy pontoons constructed from bamboo and wood connected by wire to barrels or blocks of PVC foam. Every household has a boat as means of transportation. Some boats look almost handmade, but they suffice on the bay’s placid waters. Their sea passages (streets) weave between the dwellings and other structures on the water. Most of the boat dwellers here earn a living by fishing and ocean farming. 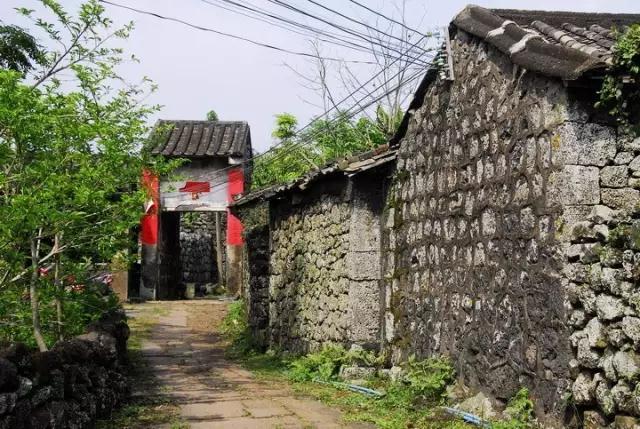 Volcanic dwellings are mostly found at Shishan Township in Haikou city, and Eman and Mutang townships in Danzhou city. The houses are built with volcanic rock. The surface of the rock is covered with holes that make it sound-absorbing and heat-protecting.

Rongtang Village in Haikou is an exceptionally well preserved traditional volcanic village from the Ming and Qing Dynasties. Nowadays, the stone homes, stone-paved roads, shrines, and tombs are all well-preserved, featuring a unique volcanic stone culture. 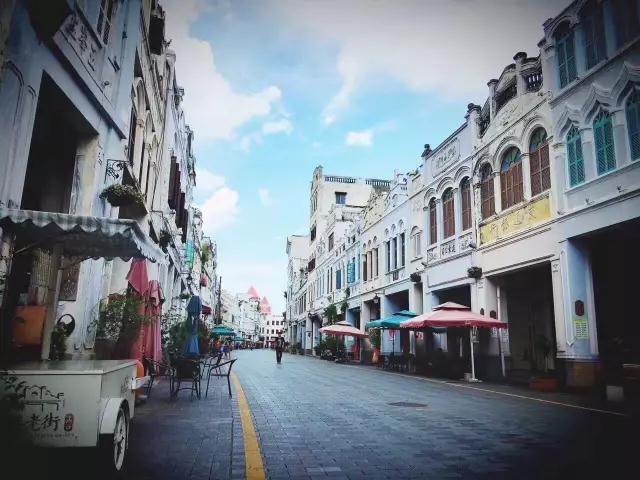 The arcade houses (the locals call them Qilou) taken together are an artifact of cultural heritage with unique Hainanese characteristics.

The arcade houses are not only a unique architectural phenomenon; they’re also a symbol of Haikou’s business traditions and its assimilation of different cultures.

During the Ming and Qing Dynasties, a large proportion of Hainanese ventured off to “Nanyang” — the Chinese term for Southeast Asian countries and regions including Malaysia, the Philippines, and Indonesia — to make a living. Many of them who returned to Hainan were influenced by the arcade architectural form. The style was widely used throughout Southeast Asia and melds several European architectural designs.

Haikou boasts some of the best examples of arcade house architecture. The houses appear both exotic and Chinese in style, with vivid paintings and auspicious types of flowers engraved into the frontage of the buildings. The ground floors of these buildings house the business premises; the upper floors serve as the owners’ living quarters. The courtyard dwellings are warm in winter and cool in summer; they are also rain and fireproof. 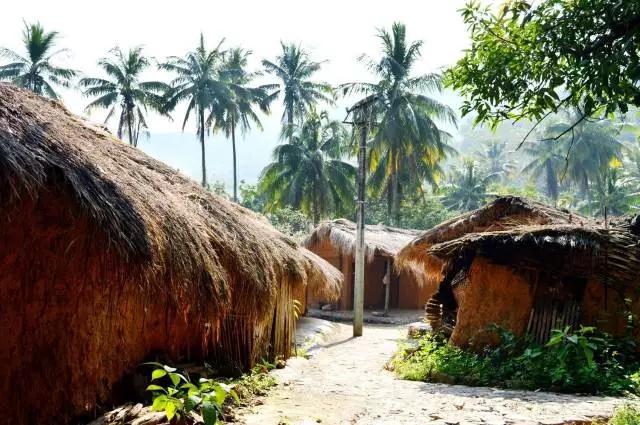 The boat-shaped house is the traditional residence of Hainan’s Li people. The buildings feature unique ethnic and local characteristics.

The crude materials needed for the boat-shaped houses were readily available: fences were woven from coconut, bamboo, and mango leaves; and the thatched roofs were made of coconut and sunflower leaves. This technique of residential architecture was listed as a national intangible cultural heritage item in 2008.

The houses provide shelter from the rain and wind, and protect its inhabitants from wild animals. The structure and shape of the houses can withstand the powerful sun, typhoons, and storms. 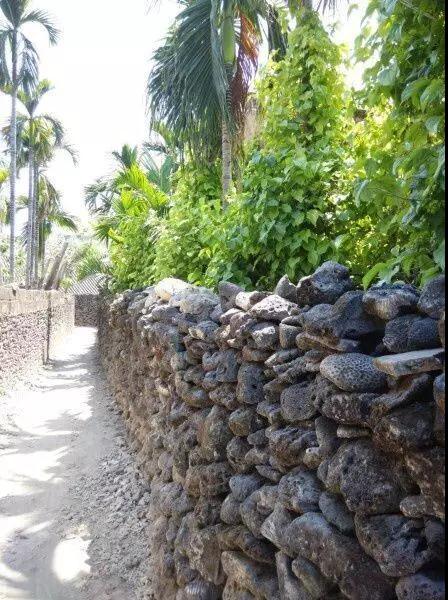 Visitors to West Island in Sanya will see a cluster of traditional dwellings made of coral dating back to to the Ming Dynasty.

As the island has been home to fishing tribes for generations, local fishermen in the village have found an ingenious way of putting mountains of coral to good use — by building houses with dead coral.

Locals believe that these coral wall structures won’t erode in the salty sea breeze. Some houses have been standing for hundreds of years and show no signs of decay.