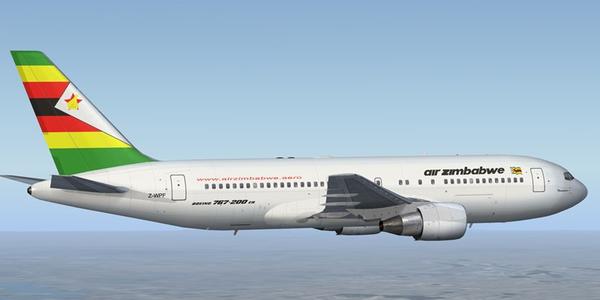 The Zimbabwean Parliament's committee on transport said recently that the government should assume the state airline's US$140 million debt to put it in a better negotiating position to seek a strategic partner who would assume a major stake in the carrier.

But reports from China said Harare has already presented a proposal to Hainan, which operates 112 planes and flies to 90 destinations.
Reports said Mr. Mugabe and Hainan executive Wenli discussed the possibility of a strategic investment by the Chinese carrier.

Harare would waive a requirement under the Indigenization and Economic Empowerment Act that Zimbabwean investors hold a 51 percent stake, the reports said.

Wenli told reporters Hainan was still studying the proposal. Zimbabwe's Ambassador to China, Frederick Shava, said talks with Hainan had been under way for some time.
"Hainan said they are still studying some aspects of the proposal and soon they should be able to define the nature of the relationship (with Air Zimbabwe)," said Ambassador Shava. Agreement by Hainan could help Air Zimbabwe turn the corner, he said.

Lawmaker Blessing Chebundo, chairman of the parliamentary transport committee, said his committee opposes any complete takeover of Air Zimbabwe by a foreign investor, but would welcome a strong strategic partner to stabilize the troubled carrier.

Economist John Robertson said that while Harare is desperate to find a strategic partner, the Hainan deal could fall through like many others broached with Chinese firms.

The news emerged late Thursday as Air Zimbabwe workers held managers hostage in an all-night vigil demanding payment of $5.6 million in salary arrears.
SOURCE: voanews.com
Editorial Message
This site contains materials from other clearly stated media sources for the purpose of discussion stimulation and content enrichment among our members only.
whatsonsanya.com does not necessarily endorse their views or the accuracy of their content. For copyright infringement issues please contact editor@whatsonsanya.com