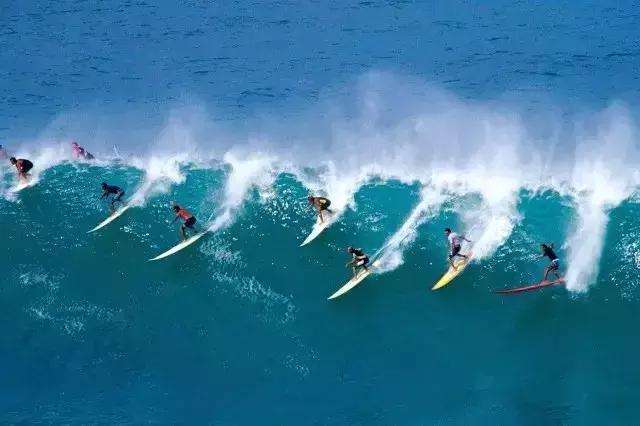 From January 6 to 14, China will become the international surfing capital with the world’s top surfers competing on their National Teams in the ISA China Cup followed by a second surfing competition, the Hainan Classic, an ASP Men’s 4-Star contest.
It will be the first time ever in the history of the Asian country that surfing events of this magnitude take place.
As the opening event in the Festival, from January 6 to 9, the ISA China Cup will be invitation-only featuring the top eight surfing nations in the world based on the National Team results from the recent 2011 ISA World Surfing Games in Panama.
All eight invited National Teams have accepted, including: Australia, Brazil, France, Argentina, South Africa, Peru, Venezuela and the USA.
Each National Team will include their country’s best four men and two women shortboarders, who will compete for Team and Individual Gold Medals and the honor of representing their nations.
Following the completion of the ISA China Cup, the festival will continue with the Hainan Classic, January 11-14, which the ISA has confirmed will have a total prize purse of US$95,000.
This historic competition will be the first ASP event ever in China that will count towards the ASP Men’s World Ranking.
SOURCE: andina.com.pe
Editorial Message
This site contains materials from other clearly stated media sources for the purpose of discussion stimulation and content enrichment among our members only.
whatsonsanya.com does not necessarily endorse their views or the accuracy of their content. For copyright infringement issues please contact editor@whatsonsanya.com