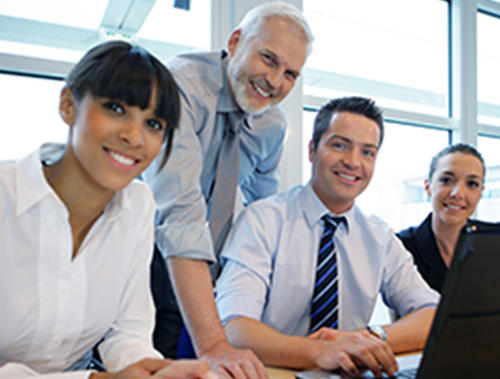 CIBT Education Group Inc. is pleased to announce that in association with the Hainan Provincial Bureau of Human Resources Development ("Labour Bureau"), a press conference was held at the Hainan VIP Hotel on October 21st 2011 to announce the official launching of American Hotel Lodging Association Educational Institute ("AHL-EI") programs for hotel industry professionals in Hainan province.
The press conference generated significant media exposure through newspaper, television and internet media coverage. During the press conference, CIBT conducted live broadcast and interactive demonstration between CIBT teachers at the Vancouver studio and over 150 conference attendees in Hainan province including government officials from the Labour Bureau, Department of Education, Department of Commerce and Foreign Trade, media reporters, hotel owners and managers from the province. Pictures and media coverage can be viewed online at: www.cibt.net/hainan.php.

"The Hainan Labour Bureau has been tremendously supportive of our hotel and tourism training programs" commented Toby Chu, President, CEO, and Vice Chairman of CIBT Group. "With all the hotel construction that is going on in Hainan province, which is one of the fastest growing provinces in China, we plan to educate and certify hotel and tourism industry workers in Hainan with an internationally recognized AHL-EI curriculum. By providing a steady supply of trained labour to Hainan's rapidly growing tourism industry, we expect that AHL-EI, of which CIBT is an exclusive representative for China and the Philippines, will be established as the industry standard. The endorsement by the Hainan Labour Bureau should increase our credibility and enhance recruitment efforts for CIBT programs in the province."

SOURCE: www.newswire.ca
Editorial Message
This site contains materials from other clearly stated media sources for the purpose of discussion stimulation and content enrichment among our members only.
whatsonsanya.com does not necessarily endorse their views or the accuracy of their content. For copyright infringement issues please contact editor@whatsonsanya.com