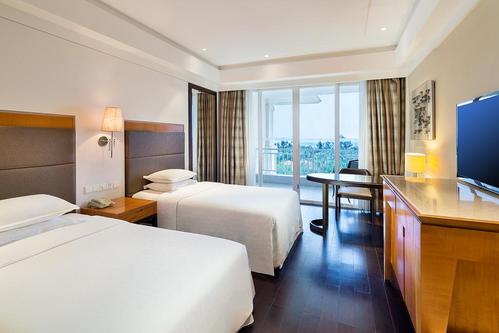 STR Global, the leading provider of market data to the world’s hotel industry, is pleased to announce its continued expansion in China with the launch of the new markets of Hainan and its southern resort city of Sanya. The data for both markets on this island in the South China Sea comes from 31 hotels. Hainan is China’s largest special economic zone and the country’s designated “International Tourism Destination”. The goal is to make the unspoilt interior and beaches of Hainan Island a popular holiday destination for the Chinese traveller and to increase visitors from Russia and other overseas destinations.

Such demand has seen gains in average daily rate (ADR) significantly in excess of the national average. Whilst the percentage increases in ADR for Sanya (13.2 percent) are smaller than those for Hainan (23.5 percent), the absolute ADR of Sanya (CNY1,393.82) exceeds that of Hainan (CNY1,284.19). To a certain extent this reflects the hotel mix of Sanya, which includes many of the upscale international brands such as InterContinental, Ritz-Carlton, Mandarin Oriental, Banyan Tree, Hilton and Sheraton.

The strength of demand and the resulting attractive revenue per available room (RevPAR) has seen new supply reaching and being readied for the market. Hainan alone has 24 new hotels in its pipeline, which accounts, in part, for the stabilisation of occupancy seen in both Hainan and Sanya.

"With a big push coming from Beijing to promote the development of Hainan Island as a tourist destination, it was important for STR Global to be able to provide data on this market to hoteliers, developers, owners and investors”, said Elizabeth Randall, managing director of STR Global. “We are delighted so many of the island’s hotels recognise the clear value we add.”

SOURCE: www.hotelnewsnow.com
Editorial Message
This site contains materials from other clearly stated media sources for the purpose of discussion stimulation and content enrichment among our members only.