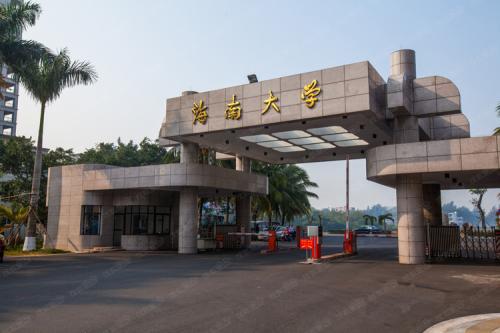 Chen Yuansong's life would be completely different had he not finished college under the Government-Subsidized Student Loan Scheme (GSSLS).

The 26-year-old office worker was born in a rural mountainous area in southwest China's Chongqing Municipality. Both of his parents have severe disabilities, and, when he was growing up, the family's only income came from his father's shoe repair business.

He still remembers enrolling in Central South University in central China's Hunan Province in 2005, a time when his family could not even afford a train ticket.

He said he would have given up his dreams of attending college and become a migrant worker like many of his fellow villagers if the GSSLS had not been carried out nationally in colleges and universities since 1999.

Through the GSSLS, Chen Yuansong applied to four designated commercial banks, via his college, for loans to pay tuition for four years. After his application was approved, the bank signed a contract with him and gave him the tuition money.

Chen had six years after graduation to repay the loan with interest, with the government paying the accrued interest, but Chen managed to pay off the entire 24,000 yuan in loans and interest just one year after his graduation in 2009.

Despite a global economic slump, he landed a well-paying job with the Olympus branch in Guangzhou, which enabled him to quickly repay the loan and, this year, he gave more than 40,000 yuan to his parents to build a new house in his village.

"The old loess house where I lived for more than 20 years will finally be gone," Chen said.

He is doing well in his company and he plans to settle down in Guangzhou in a few years, "when housing prices fall a little bit."

The scheme has benefited thousands of students who, like Chen, could not otherwise afford to attend college. Statistics released by the Ministry of Education show that more than 2 million students applied for the loans in 2010.

The Student-origin-based Loan Plan, a project based on the GSSLS which makes it easier for students to get loans from financial institutions in their hometowns, made up about 70 percent of the financial aid total.

Additionally, the Chinese government allocates more than 50 billion yuan every year to subsidize the educations of the poor and award the "excellent".

Yang Jing, who finished his studies in Hainan University under the scheme last year, is about to set up his own company.

"My family was too poor to afford my tuition. The scheme gave me a chance to continue my studies, so I studied much harder," said Yang, who also paid off his loans after his first year of working.

Yang and his business partners took second prize in the 2009 National Business Plan Competition, and he is looking forward to creating wealth with his prize-winning business plan.

Both Chen and Yang believe life is improving through their hard work, although they both worry about the skyrocketing housing prices in cities and the rising costs of commodities.

"There are not many choices for us poor children, attending a college is the best way to change our destinies. I am lucky that I did not become a vagabond migrant," said Chen.