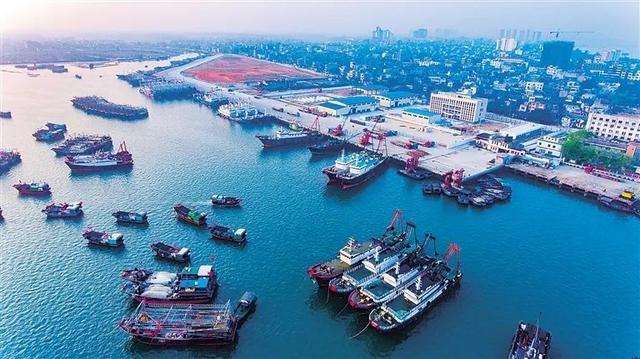 Hainan province, in the southernmost corner of China, has successfully embraced the opening-up policy, with its export-oriented economy growing rapidly since the special economic zone was established 23 years ago.

Foreign trade on the island is expanding very fast.

The total value in the first half of this year was $6.047 billion, a year-on-year increase of 34.9 percent.

During the 11th Five-Year Plan (2006-2010), the balance between major imported and exported products was optimized.

High-tech enterprises, with petrochemical and natural gas as the pillars, settled in Hainan during this period, helping the export of industrial products make a historic breakthrough.

Crude oil, replacing mechanical and electronic products, stood out as the top imported product in the province, while refined oil products became the top exported product instead of natural gas.

The increasing number of foreign-invested enterprises also played a major role in boosting foreign trade. The export and import value of foreign-invested companies on the island reached $6.225 billion in 2010, a year-on-year growth of 106.5 percent, accounting for 57.6 percent of the total value in the province.

Hainan eased restrictions on the right to operate foreign trade companies, taking the lead in the country to break the domination of State-owned enterprises.

Privately owned enterprises were encouraged to trade with foreign companies and to export products they manufactured. As a result, State-owned, foreign-invested, privately owned and collective enterprises coexist in the foreign trade market in Hainan.

Hainan's foreign trade partners, which numbered only 21 in 1987, have expanded to 153 countries and regions all over the world. The sources of overseas capital have also been diversified, with Hong Kong, Taiwan and the United States the top three.

Hainan has made every endeavor to develop tourism as well as other service industries since the opening-up policy was first adopted.

It was the first province to adopt a landing visa and to loosen restrictions on the right to fly into Hainan. As a result, the island has the most "open" skies in the country.

As well, the central government allowed Hainan to open duty-free shops. The island, boosted by foreign trade, is now working to realize its goal of becoming an international tourist island.

Next news: China to build naval base in Sanya to house carrier Varyag