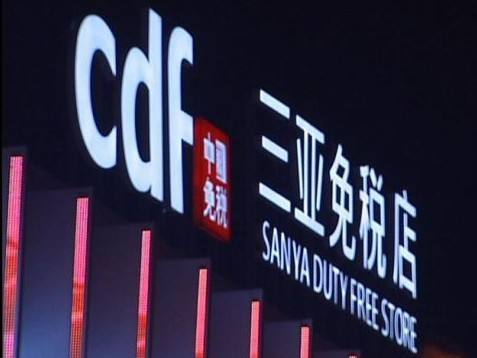 While Hainan tourism authorities reported a booming business at their tax-free store in Sanya, Shanghai tourists have been relatively cool since the store's official opening.

The Hainan provincial government noted that April to September is the slack season for tourism in Sanya, but after a tax-free store officially opened in May, many more visitors came. The island province received more than 2.2 million tourists in May, about 15 percent over last year's total for the same month, said the government.

But Shanghai tourists were not biting, said local travel agencies.

"We have only one shopping group a week to Hainan," said Gao Jiajing of the Spring International Travel Service Co Ltd. "And the guest volume stays stable."

Officials said some scandals at the store, such as selling expired cosmetics, exerted influence on local tourists.

A consumer surnamed Fan from Shanghai went to the store to buy cosmetics in late April, when the store held its soft opening. Later she found that the cosmetics she bought had expired in March. She received double compensation.

In addition, there is a problem for buyers of luxury goods. An extra tax, officially known as tax on baggage and postal articles, is added to products costing more than 5,000 yuan (US$766). So consumers found it far from favorable when buying such items, including watches and jewels, as the extra tax rate is 30 percent.

Meanwhile, after the duty-free store was open, there was a considerable price rise for airline tickets to Sanya.

Ctrip.com, China's leading online travel service platform, said that for the past two months there were seldom discounts of more than 20 percent for airline tickets to Sanya and Haikou, capital of Hainan.

Officials believe the high flight costs may be deterring some people from traveling to Hainan, and that the province needs to increase its airline capacity.