Fly directly with Thai AirAsia from Sanya to Bangkok 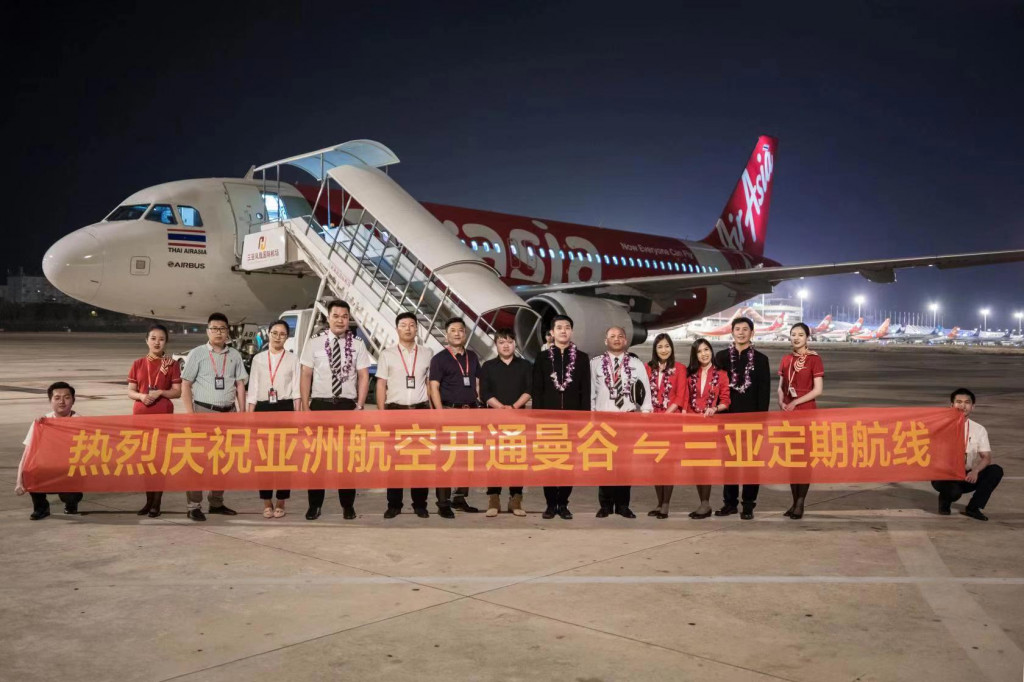 The inaugural flight of a new Sanya-Bangkok air route was officially launched on March 7th, 2019.

The new flight, operated by Thai AirAsia, is part of an ongoing effort by Sanya tourism authorities to increase the frequency of flights between Sanya and Bangkok to meet the needs of the market and continue promoting cooperation in tourism, culture, and economics between the two regions.

The new route is serviced by an Airbus A320, which runs four times a week on Mondays, Tuesdays, Thursdays, and Saturdays.

The airport was named on the list of the 2018 ASQ Award winners for “Best Airport by Size and Region” and “Best Customer Service” in the 15-to-25-million passenger throughput category.

Sanya Airport has participated in the ACI program assessment since 2009. In pursuit of being a world-class organization and a major transit hub in Asia, the airport has worked to improve its overall support facilities by expanding the airport’s terminal building, adding more aircraft parking apron spaces and passenger boarding bridges, and by building the Sanya Aviation Center.