March 23rd is a big day for Sanya as the 2019 FIA Formula E Championship will heat up Haitang Bay for round six of this year’s racing season. 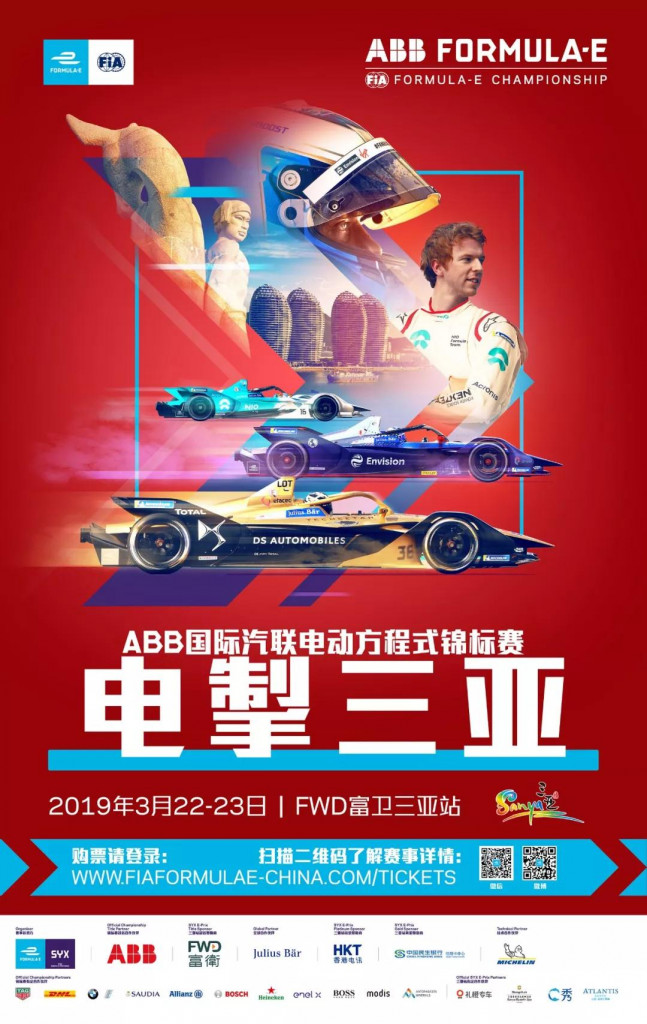 The 2019 Sanya ePrix is the six installment of the fifth season of Formula E. The event in Sanya will be held on March 22nd and 23rd, 2019. In the event, 22 drivers and 11 teams will race on a 2.3-km temporary track against the backdrop of Haitang Bay. It will be the first time the race has been held in Sanya. Tickets for the 2019 Sanya ePrix now on sale at http://www.fiaformulae-china.com/tickets. 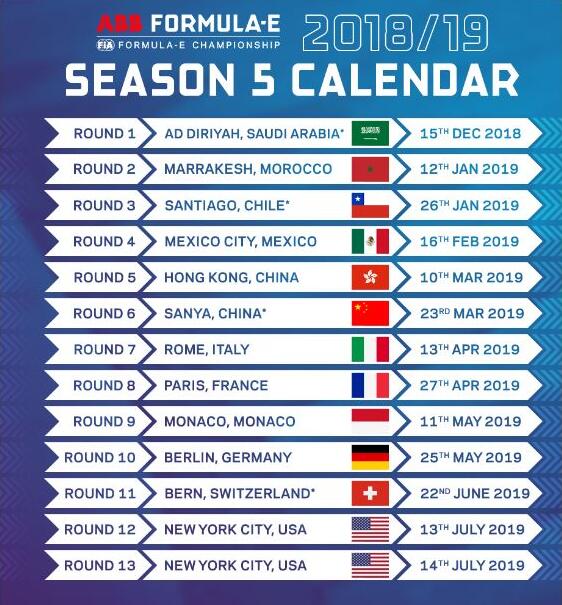 Grandstand seating is priced at RMB 1,080 per ticket, with reduced prices of RMB 540 per ticket for children aged below 12 years old and taller than 1.2 meters, and for senior citizens (age 65 and over).

The seats in the grandstand will offer a premium view of the track as well as the opportunity to watch the action from around the track unfold on a giant screen. Those tickets will also include admittance to the Sanya E-Village — Formula E’s immersive fan festival that will feature an exciting mix of technology, entertainment, and innovation.

Access to the Sanya E-Village will cost RMB 80 per person, but that ticket price does not include access to grandstand seating or a guaranteed view of the track.

The Sanya E-Village will be open on March 22 from 2 p.m. to 6 p.m., offering fans more opportunities to experience everything Formula E has to offer. Inside the Sanya E-Village, fans can follow all the action live on the giant screens and get up close to their favorite drivers at the autograph sessions, get behind the wheel of simulators, and compete against Formula E drivers in an “eRace,” as well as take part in podium celebrations.

Formula E, officially the ABB FIA Formula E Championship, is a class of auto racing that uses only electric-powered cars. The series was conceived in 2011, and the inaugural championship started in Beijing in September 2014. The series is currently in its fifth season. It is sanctioned by the FIA. Alejandro Agag is the founder and current chairman of Formula E Holdings.