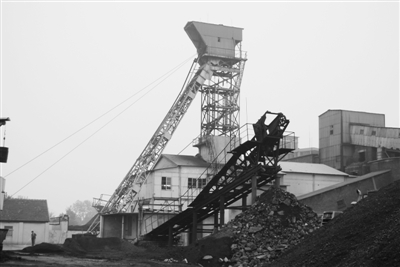 A former coal bureau chief has been jailed for 20 years for corruption and tax evasion after it was found he owned 35 apartments in Beijing and Hainan Province and had personal wealth approaching 305 million yuan (US$47.73 million), according to CCTV.

The 60-year-old man, Hao Pengjun, was sentenced by the Puxian County People's Court in Shanxi Province.

Hao and his wife, Yu Xiang-ning, the former chief of the county's civil affairs bureau and an accountant for the mine, now face fines of up to 260 million yuan, the news program said.

Hao's corruption began as early as 2000, when he entered the mining industry by illegally purchasing a mining license with 20,000 yuan and using it to operate the county's Chengnanling mine.

In 2005, Hao faked a document certifying the withdrawal of all his personal shares in the mine, as required by the Central Commission for Discipline Inspection, an anticorruption body.

But the court heard Hao, his wife and brother continued to own property rights to the mine and made all decisions concerning its operation.

The Chengnanling mine has since developed from small pit to an operation involving 500 workers and total assets of 52.85 million yuan.

According to investigators, although all mines in the county were shut down after an accident in 2007, Hao's mine continued to operate.

The following year, Hao was still running the mine illegally even though the county government had warned it officially to shut down as the license was out of date.

In addition, Hao illegally bought 65.5 tons of explosive and 200,000 detonators to expand his mine from 2006 to 2008. He hid the materials deep in the mine, which the court heard posed a hidden danger to mine workers.

Hao used the money he made illegally to buy 35 apartments in Beijing and Hainan Province. He owned 17 in Beijing, where central area prices cost up to 30,000 yuan per square meter.

According to prosecutors, the total value of Hao's apartments may be 170 million yuan. Hao and his family also had 127 million yuan in savings.