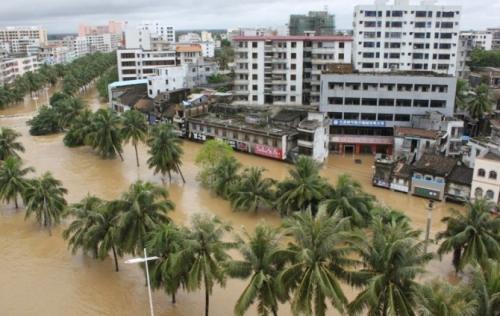 Over 27,000 people were Friday evacuated from a south China province as tropical storm Nock-Ten hit the coastal region, officials said.
Nock-Ten hit the southern island province of Hainan late Friday afternoon, Xinhua reported.
The tropical storm brought strong winds with speeds of up to 28 metres per second, along with heavy rains and reduced visibility, the meteorological centre said.
An official said people were evacuated from coastal fish farms, fishing boats, makeshift houses as well as from low-lying region.
Over 2,600 fishing boats have all returned to ports, he said.
Authorities were releasing water from major reservoirs as the water levels rose amid heavy rains.
Downpours brought by the storm have halted shipping services as well as railway services across a few regions.
In addition, 48 flights were cancelled at the Haikou Meilan International Airport.
At least 31 people died in the Philippines as a result of the storm.
SOURCE: www.daijiworld.com
Editorial Message
This site contains materials from other clearly stated media sources for the purpose of discussion stimulation and content enrichment among our members only.
whatsonsanya.com does not necessarily endorse their views or the accuracy of their content. For copyright infringement issues please contact editor@whatsonsanya.com