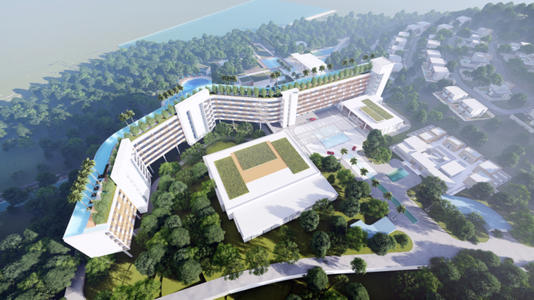 The joint venture will be in charge of the exploration and sale of the iron ore resources at Dujiawan Magnetite Mine and Zhaojiayuan Iron Mine in Hubei province.

Output of iron ore concentrate from the two mines is estimated to hit 450,000 tons per year from the end of 2012.

Prospecting is underway at the two mines, and permission for exploration is expected to be obtained by April 2012.

The investment will thus not contribute to ST Pearl River's earnings numbers in the next two years.

The iron ore investment is the fourth investment by ST Pearl River year-to-date. It had invested 65 million yuan on the building of railways and coal wholesale markets in January, and it increased its investments in these progects by 80 million yuan in June.

In addition, ST Pearl River had acquired a 40 percent stake in a gas station in Beijing in January for about 50 million yuan.

It signed letters of intent to cooperate with Helongjiang Dahailin Forest Bureau in June to invest at least 1.5 billion yuan over the next 10 years in Xuxiang National Forest Park.

SOURCE: www.capitalvue.com
Editorial Message
This site contains materials from other clearly stated media sources for the purpose of discussion stimulation and content enrichment among our members only.