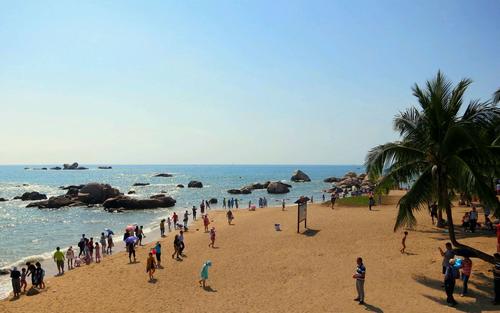 China is banning 10 types of highly toxic pesticide in response to growing concern about the safety of agricultural products because of the misuse of such chemicals, said the country's top crop production officials.

The withdrawal of registration certificates and production licenses connected to the 10 pesticides – including fenamiphos and fonofos – will take affect on Oct 31 and the sale and use of the chemicals will be outlawed from Oct 31, 2013, according to an announcement from the Ministry of Agriculture this week.
The announcement was based on a plan for the elimination of highly toxic pesticides jointly drafted by the ministry and four other departments. The plan had been submitted to the State Council – China's Cabinet – for approval, said Zhou Puguo, deputy director of the crop production department under the ministry.
China is the world's largest pesticide producer and consumer. Production hit 2.26 million tons in 2009, according to figures from the National Bureau of Statistics.
"Since plant diseases and pests are now becoming more serious and long-lasting, a huge amount of pesticide input is a major way to guarantee the country's grain output," Zhou said.
However, frequently incidents involving pesticide misuse have created concern among the public about the safety of food.
In February 2010, many provinces banned the sale of cowpeas that had been grown in South China's Hainan province because high levels of the toxic pesticide isocarbophos were detected.
In April 2010, nine residents in Qingdao, East China's Shandong province, were poisoned after eating toxic garlic that had been polluted with organic phosphorus.
The country launched a campaign to manage the use of highly toxic pesticides in the 1980s. So far, 23 types of highly toxic pesticide have been banned and 19 others must not be used on fruit and vegetables, statistics from the Ministry of Agriculture show.
China currently has 22 types of highly toxic pesticide registered, of which 50,000 tons are produced each year, accounting for 2.5 percent of the country's annual total pesticide production, official figures showed.
"In addition to the 10 from that list of 22 highly toxic types of pesticide, the government will conduct further research on substitutes for the other 12 and ban them as soon as possible," Zhou said.
Sun Shubao, secretary-general of the China Crop Protection Industry Association, told China Daily on Wednesday that the government should set up a nationwide real-name sales system in connection with highly toxic pesticides.
"Specific details, such as the buyers' name and the amount of pesticide purchased, should be recorded and any unused pesticide should be returned to the dealer," he said.
"At present, such a registration system has been launched in some major vegetable-producing provinces, such as in Hainan and Shandong. But it needs to be popularized."
Lu Bu, a researcher at the Chinese Academy of Agricultural Sciences, urged local governments to provide more training to farmers about pesticide use.
"Many farmers believe highly toxic pesticides are useful and do not realize that there are also possible dangers associated with their misuse," he said.
SOURCE: China Daily
Editorial Message
This site contains materials from other clearly stated media sources for the purpose of discussion stimulation and content enrichment among our members only.

Previous news: America’s Cup expected to come to Sanya in 2012