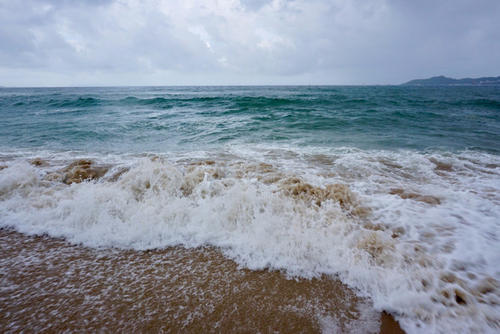 Southern China regions are expected to see more rainstorms over the weekend due to the effects of tropical storm Haima, according to the meteorological authority.
The southern part of Guangxi and western areas of Hainan are going to see rainstorms at this weekend due to the fourth tropical storm this year, according to the China Meteorological Administration (CMA).
A statement on the CMA website said Haima was moving westward from the Beibu Gulf north of the South China Sea, and would make landfall at the coastal areas in northern Vietnam early Saturday morning.
China's northeastern Liaoning Province and the eastern Shandong and Jiangsu provinces are also going to see rainstorms at the weekend.
In contrast, some areas in the southwestern Sichuan Province, Chongqing Municipality as well as Inner Mongolia are to see high temperatures as much as 37 degrees Celsius.
The forecast warned temperature could jump above 40 degrees in the Turpan Basin areas in the Xinjiang Uygur Autonomous Region.
SOURCE: Xinhua
Editorial Message
This site contains materials from other clearly stated media sources for the purpose of discussion stimulation and content enrichment among our members only.