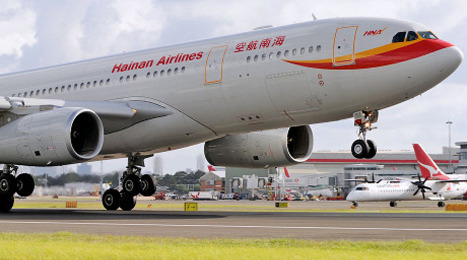 Hainan Airlines will cut back its direct Sydney-Shenzen flights from October 30 as the Chinese airline adjusts its schedule for the northern winter.

The Sydney-Shenzhen service, which was launched in January and continues on to Hangzhou, will be reduced to running two days per week from the current thrice-weekly timetable.

Hainan Airlines is the only airline with direct flights to the boomtown of Shenzhen, located across the border from Hong Kong, which is southern China’s major financial hub and the epicentre of China’s high-tech and manufacturing industries in the lucrative Pearl River Delta.

The main alternative to date has been for travellers to fly into Hong Kong and then cross the border into China. The direct flight will not only save time but halve the number of customs and immigration checks compared to a Sydney-HK-China flight.

The service also provides travellers with easy access to Hangzhou – located 180 km southwest of Shanghai and the capital of economic powerhouse Zhejiang province – with an alternative to the current Sydney-Shanghai-Hangzhou shuffle.

It’s also a handy way to get to Hong Kong, especially when competitor prices for business class flights from Sydney to Hong Kong in August-September range from $5,500 on Virgin Atlantic to $9,000 for Qantas and $9,500 with Cathay Pacific.

SOURCE: www.ausbt.com.au
Editorial Message
This site contains materials from other clearly stated media sources for the purpose of discussion stimulation and content enrichment among our members only.
whatsonsanya.com does not necessarily endorse their views or the accuracy of their content. For copyright infringement issues please contact editor@whatsonsanya.com

Previous news: Prices of commercial residential properties in Sanya up 0.3% in May