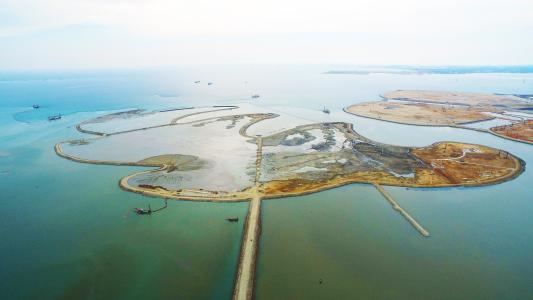 China admitted that it is facing serious challenges in environmental protection, including pollution from toxic metals aggravating the public and a severely unsafe underground water supply.

"We have entered a period when sudden incidents impacting the environment or pollution accidents are occurring frequently and when environmental pollution is daily causing social contradictions," Li Ganjie, vice-minister of environmental protection, said in a press conference in Beijing on Friday.

According to the country's latest environmental assessment report in 2010, more than half of China's cities are affected by acid rain. About 40 percent of major rivers are so polluted that the water can only be used for industrial purposes or landscaping. About 16 percent of the total is unfit for agricultural irrigation.

The current drought affecting the middle and lower reaches of the Yangtze River has exacerbated pollution in the lakes and tributaries in the river basin, many of which were already badly polluted, Li said.

The report said an investigation of the underground water of 182 cities across the country showed more than 57 percent of the tested underground water samples are classified as "bad" or "extremely bad" in quality.

The waters off the booming cities of Shanghai, Tianjin and Guangzhou were rated as severely polluted, with only stretches around the resort island of Hainan and parts of the northern coast given a totally clean bill of health, Li said.

Just 3.6 percent of the 471 cities monitored got top ratings for air cleanliness, and there was a continued loss of biodiversity around the country, Li added.

Besides the air and water pollution in cities, heavy metal pollution was also a big concern, threatening people's health and causing social instability.

He added that the State Council, or China's cabinet, recently approved a plan for the treatment and reduction of heavy metal pollution for the 2011-2015 period.

The fast economic development is not only harming quality of water, air and soil, but also damaging the country's last "clean" zone, environment protection zones with about 22 percent of them affected, Li said, adding coal industry is the main polluting source.

The government has begun a month-long crackdown on the coal industry and vowed to punish the mines which damage the environment or seriously affect residents.

As the world eyes the ongoing crisis at the Fukushima Dai-ichi nuclear plant following Japan's disastrous earthquake and tsunami in March, China also learned a "hard lesson from it", Li said.

He said China needs an independent regulator for nuclear safety, supported by strong technology and sufficient money, and called on nuclear supervision agencies around the world to share timely information on the subject.

Safety standards for the nuclear industry need to be raised, especially to prepare for potential extreme weather and geological disasters, according to Li.

Previous news: Non-stop trains between Haikou and Chengdu expected to open in July