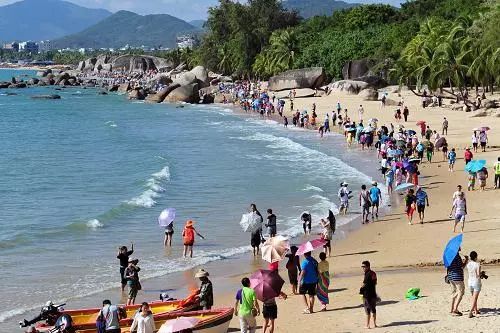 Oakland Mayor Jean Quan rarely misses an opportunity to promote her hometown, and now the city's most fervent cheerleader is taking her boosterism to an international stage: China.
Quan left Friday and will join Oakland Port Executive Director Omar Benjamin on a whirlwind three-city trade mission designed to increase export trade through the Port of Oakland, generate new investments from Chinese businesses and build partnerships that will create jobs and new revenue for Oakland.
The team also hopes to interest the Hainan Group, whose HNA holdings include the large carrier Hainan Airlines and hotels, in a direct Oakland-China air service at Oakland International, Quan said. They'd like the company to make Oakland its base for tourism in Northern California.
"Oakland is pretty central to what most foreign visitors want to see in Northern California," Quan said. "They tend to do a day in Monterey, a day in Yosemite, a day in the wine country and a day or two in San Francisco. We're centrally located (for all of that) and our hotels are $100 cheaper than San Francisco."
Quan's November election, as Oakland's first female and first Asian-American mayor, was big news around the country and particularly in China, where both her parents were born. The mayor has granted hundreds of interviews, including many with Asian journalists via Skype.
Benjamin recognized that significance and wasted no time inviting her to join him in the trade mission. He even joked earlier this year that Quan could be his secret weapon in establishing lucrative relationships with Chinese industries that benefit the Port of Oakland.
"In China and the world, successful economic development and jobs are created by business and government working hand in hand," Benjamin said at the start of the trade mission. "We are excited by Mayor Quan's leadership on this trade mission, which leverages the Port of Oakland — our global asset — to explore and foster new business opportunities and relationships."
According to U.S. Census data, $14 billion worth of goods (import and export) moved between the Port of Oakland and China last year. For the first time the Oakland Port's overall exports exceed imports, and Quan and other mayors in the Bay Area have accepted President Barack Obama's challenge to double U.S. exports by 2015.
Doubling exports at the Port of Oakland would create 5,000 new jobs, Quan said.
Quan and Reid have been to China several times, but not together and not since Quan was elected mayor and achieved something akin to "rock star" status, Reid said. The mayor acknowledged the interest her election has generated and said she hoped to capitalize on it.
"We hope to promote our exports and get more publicity and put a different take on the Port of Oakland for the Chinese," Quan said. "After the inauguration when I went to the White House there was a rash of publicity, so we're hoping my being here will give our port a little more high profile."
The itinerary starts in Beijing on Monday. The group will meet with potential investors and tenants in Port of Oakland infrastructure projects. Quan said there could be interest in building a cold storage facility at the port to accommodate wine and agricultural exports to China.
The group then heads to Shenzhen, a major industrial hub that is also home to several U.S. manufacturers. The group will meet with representatives of the port, shipping, airline and trucking administrations. The visit includes tours of the airport and passenger and airfreight facilities, as well as the maritime facilities of China Merchants Holdings International, a partner at the Port of Oakland.
The group will also meet with Mayor Xu Qin, of Shenzhen, and attend a reception of business and government leaders.
Next stop is Hong Kong, where the group will meet with China Merchants Holdings, tour airfreight facilities and attend an American Chamber breakfast briefing. Quan will also do her best to promote Oakland wineries on this leg of the trip. China is a growing market for California wines, and the Port of Oakland handles 90 percent of the exports.
The group plans to tour the Hong Kong Convention and Exhibition Center where Oakland winery Dashe Cellars has a display. A case of wine containing bottles produced by six Oakland vintners has been shipped to California Vintage, a wine bar and restaurant in Hong Kong that is owned by 22 California wineries. The Oakland wines will be added to the tasting menu when the group visits the wine bar on the last day of the trade mission.
Quan says it's all part of making over Oakland's image and using every tool to promote international business for the Port of Oakland that benefits the entire region.
Jeff Cohn, JC Cellars owner and winemaker, said he appreciated the mayor's support of Oakland wineries and hoped it would further his winery's efforts to be included in tasting room on a regular basis.
"I'm excited to be part of it," he said.
SOURCE: Mercury News.com
Editorial Message
This site contains materials from other clearly stated media sources for the purpose of discussion stimulation and content enrichment among our members only.

Next news: GDP of Hainan grows by 10% in first quarter