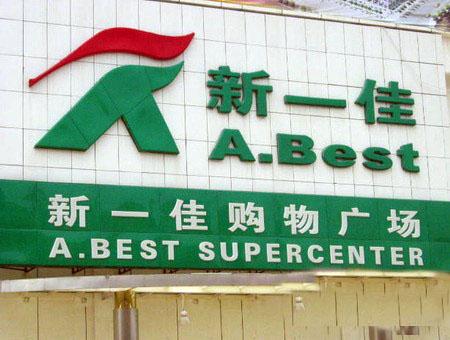 HNA Retailing, the retail unit of Hainan Airlines Group, will buy Shenzhen-based Abest Supermarket Co. Ltd. as it pursues supermarket assets across the country, China Business News reported on Friday, citing a source familiar with the matter as saying.

HNA Retailing has been seeking quality retail assets across the country since 2010 as part of its ambitious plan to become a top-level retail chain operator by 2015.

The company’s acquisition spree started last year when it paid RMB 900 million for 100% of Jiadeli Supermarket Co. Ltd., the fourth-largest supermarket chain in Shanghai. It followed that up with a deal for 51% of Meizhou, Guangdong province-based Lewanjia Supermarket Co. Ltd. that was concluded on April 18. A deal for 80% of Hunan-based Jiarunduo was closed on Thursday.

Its acquisition of Lewanjia, one of the fastest-growing retailers in Guangdong province with 22 stores, will give it a foothold in southern China. Its presence in the south could be expanded if it does buy Shenzhen-based Abest Supermarket.

Abest Supermarket owns 106 outlets. Its sales revenues hit RMB 17.2 billion in 2009, making it the No. 18 retail chain operator in China, according to a statement on its official website.

Jiarunduo owns a dozen stores, most of which are located in central Hunan province.

Those entire supermarket assets are reportedly going to be injected into Jiadeli Supermarket, which is regarded as HNA Retailing’s purchasing platform, ahead of a possible float on the A-share market, according to earlier media reports.

On April 18, China Business News quoted a source familiar with the matter as saying that Jiadeli would be a qualified vehicle for an A-share listing as it has been profitable for three consecutive years, a regulatory requirement for an initial public offering in mainland China.

“The biggest problem for HNA Retailing after all those acquisitions lies in integration, from the re-arrangement of employees’ payments to the merger of different corporate cultures,” Tian Yong, a senior analyst at CASH Financial Services Group, told China Business News.

“Wal-Mart’s acquisition of Trust-Mart’s stores is a case in point — the U.S. retailer hasn’t exactly fixed the issues in the integration of the Trust-Mart assets,” said Tian.

HNA Retailing plans to set up a group to take care of the integration of its acquired assets step by step, starting by spreading HNA Retailing’s corporate culture and ethics, the source said. That will be followed by staff and management changes, the source added, without elaborating.

“What’s more, HNA Retailing will try its best to retain the competitive advantages those [acquired] supermarket chains have in their local markets by maintaining their original brands and purchasing mechanisms,” the source said.

“But based on its plan to list Jiadeli Supermarket, it would be difficult for Jiadeli to manage all those acquired assets if HNA Retailing chooses not to put its assets into consistent system.”

SOURCE: en.21cbh.com
Editorial Message
This site contains materials from other clearly stated media sources for the purpose of discussion stimulation and content enrichment among our members only.
whatsonsanya.com does not necessarily endorse their views or the accuracy of their content. For copyright infringement issues please contact editor@whatsonsanya.com