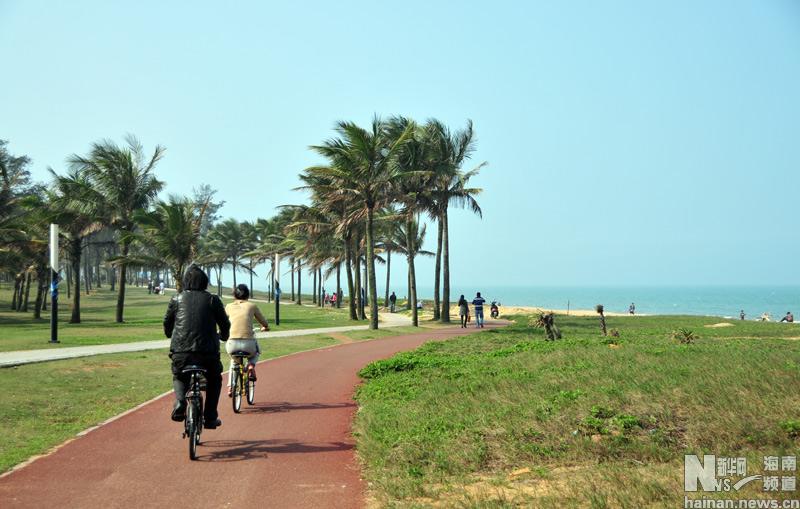 After overhead roads, tunnels, bridges and track transportation, the construction of Shanghai's public transportation now enters a new period — the establishment of public bicycle system.
Recently, Pudong's Zhangjiang Public Bicycle system made another expansion by increasing 50 service points to total 100 and 1,900 bikes. As of now, Minhang District of Shanghai has 239 bicycle service points and 28,000 bikes in all for its bicycle transportation system.
Hangzhou is the first city in China introduced bicycle into its public transportation system, and now it already has more than 2,000 service points and more than 50,000 bikes, and about 280,000 person-times would rent these bikes.
Apart from encouraging choosing bicycles as public transporting tool, some local governments also invest much on building special bicycle lanes, which is called "green road" usually. In Guangdong province of China, it built a special bicycle lane net with whole length of 2,372 kilometers, which is the four times than that in San Francisco.
In addition, Hainan province and Chengdu have officially started building their own green roads, and Zhejiang as well as Hubei province has such plan too.
At the same time, folk trend of riding bicycles revives again and attracts the emerging Chinese middle class to join in the riding.
The revival of bicycle also encourages bike industry in China, and many brands of domestic and international bicycles introduce their best products into the Chinese market. Although some bikes are not cheap, it seems still no problem on selling.
SOURCE: english.people.com.cn
Editorial Message
This site contains materials from other clearly stated media sources for the purpose of discussion stimulation and content enrichment among our members only.