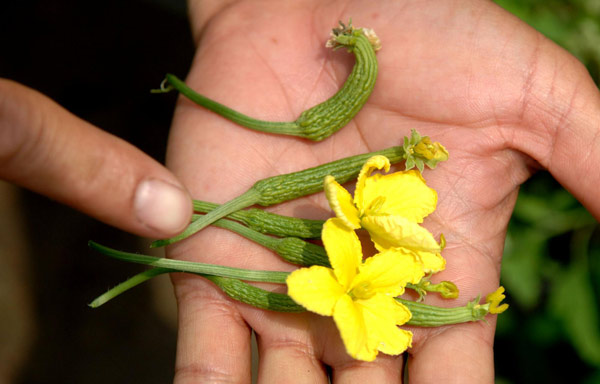 A farmer shows his failed crop of balsam pears measuring smaller than the size of a finger in Jinlong village, Lingao county, South China’s Hainan province, April 20, 2011.
Villagers followed the call of the county government in December 2010 by planting balsam pears, normally rooted with rice and pepper, separately in their fields to introduce a new kind of the plant.
More than four months later, the plant was still smaller than a twig and appeared to have stopped growing, despite being told a good harvest would follow 70 days after the seeds were sown.
Losses are expected to be more than 2,000 yuan for each mu (0.06 hectare) of the plant. A total of 400 mu of fields were used for the newly introduced plant. 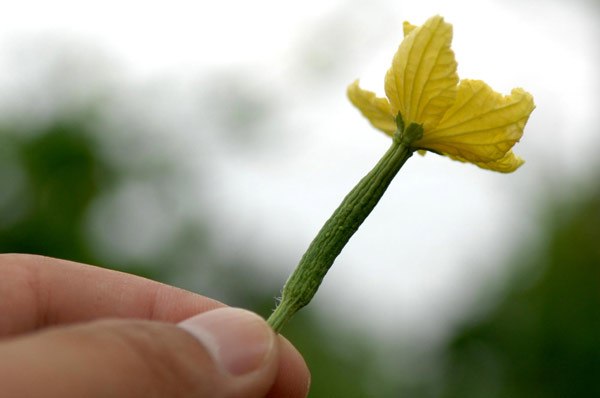 A balsam pear, which is smaller than the size of a finger, is seen at a field in Jinlong village, Lingao county, South China’s Hainan province, April 20, 2011. [Photo/Xinhua] 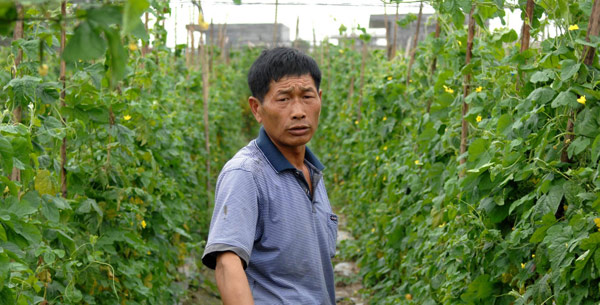 A farmer stands in his failed balsam pear field covering an area of more than 40 mu, in Jinlong village, Lingao county, South China’s Hainan province, April 20, 2011. [Photo/Xinhua]
SOURCE: China Daily
Editorial Message
This site contains materials from other clearly stated media sources for the purpose of discussion stimulation and content enrichment among our members only.
whatsonsanya.com does not necessarily endorse their views or the accuracy of their content. For copyright infringement issues please contact editor@whatsonsanya.com

Next news: Carlson to build 4 new hotels in China including one in Hainan