Trace level of iodine-131 found on vegetables in Hainan province 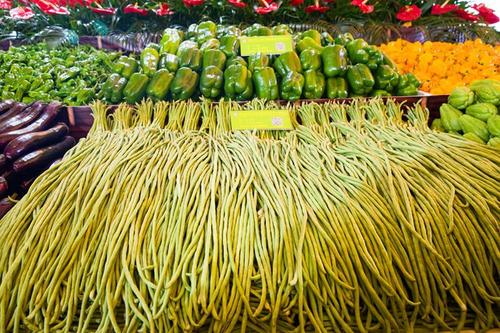 CHINA yesterday expressed its concern at Japan pumping radioactive water into the sea from its crippled nuclear power plant, reflecting growing international unease over the month-long crisis.
China will closely monitor Japan's actions to regain control of the plant, the Foreign Ministry said, asking Tokyo to provide swift and accurate information on the crisis which began with the March 11 earthquake.
Tokyo Electric Power Co released 11,500 tons of contaminated water from the Fukushima Dai-ichi nuclear power plant into the ocean to free up storage space for more highly radioactive water.
"As Japan's neighbor, we naturally express our concern about this," China's Foreign Ministry spokesman Hong Lei said in a statement.
Hong said China hoped Japan would take strict measures to protect the marine environment. "We ask that Japan reports the relevant information to the Chinese side in a swift, comprehensive and accurate way," he said.
The comments followed reports of higher than normal radiation in 10 cases involving ships, aircraft or cargo arriving from Japan since mid-March.
Minimal amounts of radioactive material continued to be found in most Chinese regions yesterday, the National Nuclear Emergency Coordination Committee said.
Trace levels of radioactive isotope caesium-137 and caesium-134 were detected in the air above at least 24 of the Chinese mainland's 31 provincial-level regions, including Shanghai, yesterday.
"Extremely low levels" of iodine-131 were detected in the air over all provincial-level regions except Yunnan.
Similar levels of iodine-131 were also found on vegetables in Beijing, Zhejiang, Shandong, Hunan, Guangdong and Hainan.
A surface water sample tested on Wednesday in Shanxi Province found iodine-131.
The radioactive materials pose no threat to public health or to the environment, according to the committee.
In Shanghai, there are no reports of drinking water or food affected by radiation.
SOURCE: shanghaidaily.com
Editorial Message
This site contains materials from other clearly stated media sources for the purpose of discussion stimulation and content enrichment among our members only.
whatsonsanya.com does not necessarily endorse their views or the accuracy of their content. For copyright infringement issues please contact editor@whatsonsanya.com

Next news: Housing price in Sanya ranks 5th among 100 Chinese cities in March