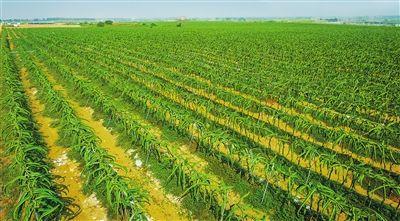 China has detected 10 cases of radioactive contamination in the country since March 16, an official with the country's quarantine watchdog said Saturday.

High levels of radiation have been found on people, planes, vessels and containers entering China from Japan, said Li Yuanping, a spokesman for the General Administration of Quality Supervision, Inspection and Quarantine. The AQSIQ has ordered local quarantine authorities to intensify radioactive analysis of articles entering the country after radioactive fallout from Japan's crippled nuclear plant, the spokesman said.

A ship, a plane and a batch of imported material were the latest three cases reported to the administration on Friday. They had entered the country through Jiangsu and Zhejiang provinces.

Beijing found both iodine-131 and caesium-137, while the provinces of Guizhou, Shandong, Shanxi and Hainan found iodine-131, caesium-137 and caesium-134. The committee said the radioactive substances detected were at extremely low levels and wouldn't harm the environment or people.

SOURCE: CRIEnglish.cn
Editorial Message
This site contains materials from other clearly stated media sources for the purpose of discussion stimulation and content enrichment among our members only.
whatsonxiamen.com does not necessarily endorse their views or the accuracy of their content. For copyright infringement issues please contact editor@whatsonsanya.com

Next news: China & BRICS members to talk on Libyan air strikes at Summit in Sanya