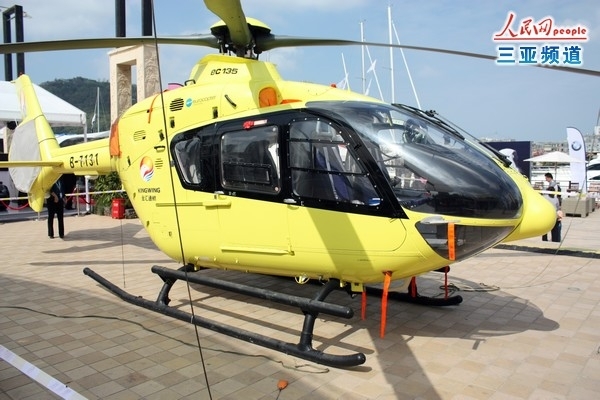 More than 250 of China’s richest citizens flew in to Hainan island from all points across the country on Friday afternoon, arriving on a fleet of private jets at Sanya International Airport in the resort town of Sanya before zipping off in a parade of chauffeured BMW of various models including the four-door version of the M3 and the 5-series Gran Turismo.

Hainan, an island off the south coast known for its warm climate and laid-back attitude, has been designated by Beijing as the country’s tourism hotspot for the rich. The wealthy visitors are here for Hainan Rendez-Vous, an annual four-day extravaganza of luxury living that is now in its second year. (The Wall Street Journal is a media partner of Hainan Rendez-Vous.)

The event, started by a group of four French private investors, takes place at Sanya’s Visun Marina near the town’s center. Almost 150 exhibitors are displaying their yachts, private jets and other luxury toys. Sponsors include Martell Cognac, BMW and Chopard. The show is open to anybody who will pay a 180 yuan fee ($27), but many of the visitors have been invited by the exhibiting brands — some of the elite guests, known as “jet VIPs,” were flown to the resort by private charter plane.

The best-heeled at the show were also given private tours by show organizers. One man who looked to be in his late 30s, sporting Salvatore Ferragamo loafers and a black Prada over-the-shoulder bag, was shown towards the docks, where he asked his guide: “And where are the biggest boats?”

Among the sales teams of some of the world’s top yacht makers, the mood is bouyant—thanks to the rising tide of Chinese wealth.

“It’s exciting,” said Veerle Battiau, director of London-based Virtruvius Yachts, who was visiting the show for the first time. “We knew we had to come see this, and that we couldn’t ignore this market any longer. And in this country, the rich—they’re so young, much younger than what we’d see in Europe.”

Sunseeker China has 4 boats on display — more than any other company — including an 88-foot yacht that costs around $6.5 million. On board each of the Sunseeker boats, a model in a black bikini poses on the deck. Joyce Yuan, marketing manager of Sunseeker, says the company hopes to sell six boats at this year’s show, up from four last year.

It’s a similar story at Simpson Marine, a Hong Kong-based broker that also has offices in China. Mark Woodmansey, a brand manager with the brokerage, said he has already sold three boats on the first day. The three, made by Italian maker Azimut and in the 40-to-60-foot range, cost $1.4 million and above. Mr. Woodmansey said several potential buyers have been sniffing around a 100-foot yacht — a boat that would set you back $10 million to $11.4 million.

In fact, yachting the development of yachting is still in its early stages in China. The waters around the country’s coast are strictly regulated, and restrictive visa regulations create problems for any boat owner hoping to hire a foreign crew. There are also few marinas in China that compare with those in top European or U.S. yachting destinations.

Prospective private-jet owners face similar problems: The government in China still strictly controls the country’s airspace, which makes private flights difficult. Still, there are changes afoot that would suit the buyers and sellers in Hainan. Two new marinas are coming in Hainan this year and there have been moves to open the skies.

For the exhibitors in Sanya, the potential has an allure.

“Even if we don’t sell anything this year,” said Ms. Battiau, “we’ll be back next year.”

Next news: BRICS summit in Hainan to focus on global developments