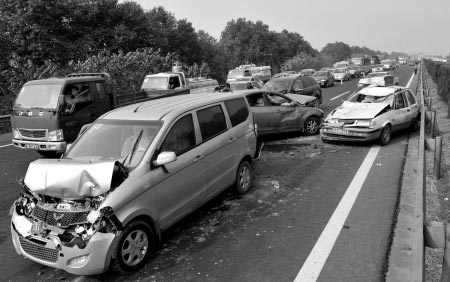 The death toll from a multi-vehicle crash in south China's island province of Hainan has risen to eight after a severely injured person died in the hospital Thursday afternoon.

The massive crash, which involved four trucks and a MPV, occurred at around 5:40 a.m. Thursday on a section of highway in Danzhou City, said a spokesman with the city's traffic police department.

Seven people were killed on the spot and five were injured and rushed to two local hospitals, he said.

One died in the hospital later and the other four are in stable condition, he added.

Police are still investigating the cause of the accident.