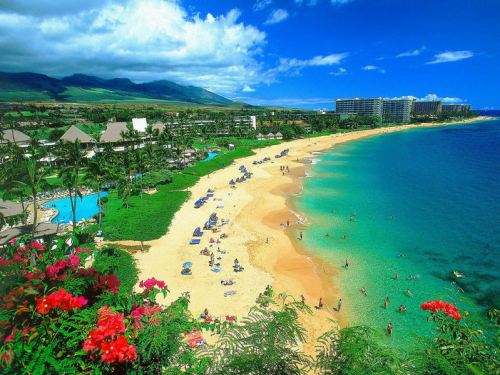 Hainan, the southernmost province and a rising island resort of China, launched an industrial design competition on Wednesday to promote its tourism industry.
The competition, known as Sunshine Award, was launched as the first top-level campaign of its kind in the province's history.
It will invite domestic and overseas creative people to design up-to-date tourism commodities and products.
The competition reflects the island's resolve to improve the quality of its tourism products, said Hainan's senior officials at a press conference at Beijing's 798 art zone.
The award will collect entries from both home and abroad over the next three months, said Ding Shangqing, director of the organizing committee who is also the head of the province's industry and information technology department.
He added that the competition aims to solicit top-notch designs for Hainan-bound tourism products as well as offer supportive policies to encourage individuals or enterprises to manufacture the designs.
Divided into 10 categories, the award calls for designs for a variety of tourism consumer products, including large items such as yachts, houseboats, water planes, cross-country sports outfits and diving equipment as well as smaller products such as clothes, food and souvenirs featuring the island's distinctive natural and cultural assets.
According to the committee, one category will specialize in design works related to space flights, given that the island is now home to China's fourth satellite launch center in the northeastern city of Wenchang, where a space flight theme park – said to be the first of its kind in Asia – is under construction.
"Our top prize winner will get 500,000 to 1 million yuan ($76,100 to 152,210)," said Ding, adding that winners of the first prize in each category will also receive prizes as high as 100,000 yuan.
The prize money is high so that the designs will be of the highest quality, he said.
An international judging panel of 17 top industrial designers, including the renowned red dot design award winner Ron Nabarro, will decide the winners in August.
Despite having great cultural and scenic appeal for tourists, the island can only offer visitors tourism products designed to a low standard, said Li Guoliang, the province's vice-governor.
The campaign, inspired by the island's ambition to "become an international tourism destination", will further help Hainan to upgrade its tourism commodities manufacturing industry and to meet the various demands of the increasing number of tourists it is attracting, Li said.
"We especially called for environmentally friendly and low-carbon design entries," Liu Yongli, executive director of the campaign, told China Daily.
"Designs for special groups, such as the aged and the handicapped, will be much appreciated," he said, adding this aspect could attract more visitors.
Wang Yipeng, designer of the Beijing 2008 Olympic medals and an associate professor at China Central Academy of Fine Arts, hailed the new award.
"The concept for the campaign is to design Hainan in all aspects yet wrapping it up as a whole," he said. "It's important to have a cohesive theme for industrial design."
He said the island's initiative might also encourage other provinces to acquire more unique designs, featuring local characteristics, for their tourism products.
In December 2009, the central government announced that it planned to establish Hainan as an "international tourist destination", which produced a surge in the province's tourism.
In 2010, 25.87 million overnight tourists, but only 663,000 from overseas, visited the island, according to the provincial authority.
From Jan 1, overseas tourists have been able to claim tax refunds of 11 percent on their purchases from certain shopping malls on the island as part of the plans to attract more international travelers and for the island to become a shopper's paradise.
SOURCE: China Daily
Editorial Message
This site contains materials from other clearly stated media sources for the purpose of discussion stimulation and content enrichment among our members only.