KWG Property to launch projects in Shanghai, Tianjin & Hainan in 2011 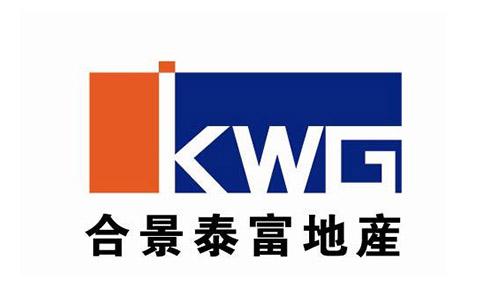 Guangzhou-based KWG Property Holding Ltd said Friday it has raised its contracted sales target for 2011 by 50 percent to 15 billion yuan as it expects a higher contribution from commercial properties to offset a decline in home sales due to the central government's tightening policies.

The past year saw the company's net profit increase 78 percent to 1.28 billion yuan to Dec 31, compared with 721.5 million yuan in 2009. Its revenue also grew 75 percent to 7.47 billion yuan from a year ago on substantial growth in both sales volume and selling prices.

The company also recorded contracted sales of 11 billion yuan for 2010, well ahead of its 10 billion yuan target. Total gross floor area sold during the year soared 53.8 percent to 784,116 square meters from a year earlier, while the average selling price rose to 9,209 yuan per square meter from 8,061 yuan in 2009. For 2011, the company is taking aim at 15 billion yuan in sales, 50 percent more compared with the goal it set for 2010.

"KWG Property continued to deliver good performance in 2010. In addition to our ongoing success in project launches, we have maintained a balanced geographic growth strategy," Chairman Kong Jianmin said Friday at a media briefing.

Contribution from commercial properties will grow in 2011, Kong said, to 30-40 percent of KWG's total revenue from 15 percent in 2010 with projects soon to be launched in high-growth markets such as Shanghai, Tianjin and Hainan.

With a primary focus on property development in Guangzhou from early on, KWG is eyeing a greater presence outside the city – in particularly tier-one cities and what the company calls "top tier-two cities" such as Suzhou and Chengdu.

But the picture for home sales may not be as rosy as the previous year with the central government efforts to cool down housing prices, reckoned Kong.

"Transaction volumes will likely moderate due to a growing 'wait-and-see' sentiment among homebuyers as the government tightens the market," said Kong.

However, the company is looking to a 5-7 percent rise in the average selling price for 2011 as it expects to launch new projects in a wider range of cities, including some high-end projects, according to Kong.

"We aim to achieve growth in sales volume and average selling price through contribution from various regions and upgraded product mix," said Kong in a statement accompanying the results.

Besides, KWG will continue to buy land and develop properties in the locations where it operates, Kong added, in a bid to gain a larger market share in its existing as well as new markets.

The company bought seven sites in 2010, which helped grow its land reserves by anther 20 percent. Some of those acquisitions were made jointly with peer players including Hong Kong Land China Holdings Ltd and Sun Hung Kai Development (China). As of end-2010, KWG had a land bank with a total gross floor area of around 8.4 million square meters across seven cities and provinces.