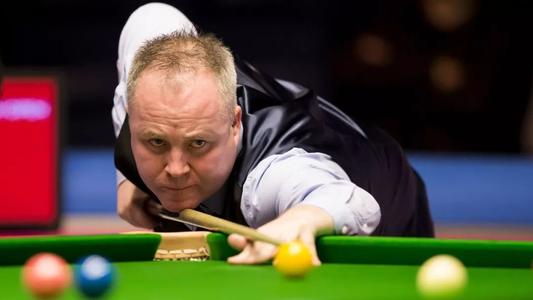 World No. 1 John Higgins first booked a berth for the final at the Hainan Snooker Classic, beating his English rival Allister Carter on Saturday in Boao, a county of south China's Hainan Province.
The match saw a seesaw from the beginning and came to 3-3 in the sixth frame. In the crucial seventh frame, Higgins took 20 first and then made a mistake. However, Carter did not seize the following chances and lost at 18-55.
In the eighth frame, Higgins got more power and took a lead with a break of 72. Carter tried to snooker Higgins to come back from behind but finally failed. He lost the game 3-5. [ Higgins said he was very happy to win the match and both of them did well. In the seventh frame, Carter could have the chance to win, but he made a mistake, and it influenced his mood, said Higgins.
The group round adopted the best of three format and Higgins thought the short match was very tough to play. The key for his consecutive victories was "just to concentrate on the match."
Claiming four straight wins, Higgins was confident at the final to be held next day. He will confront Jamie Cope or Graeme Dott on Sunday.
SOURCE: Xinhua
Editorial Message
This site contains materials from other clearly stated media sources for the purpose of discussion stimulation and content enrichment among our members only.