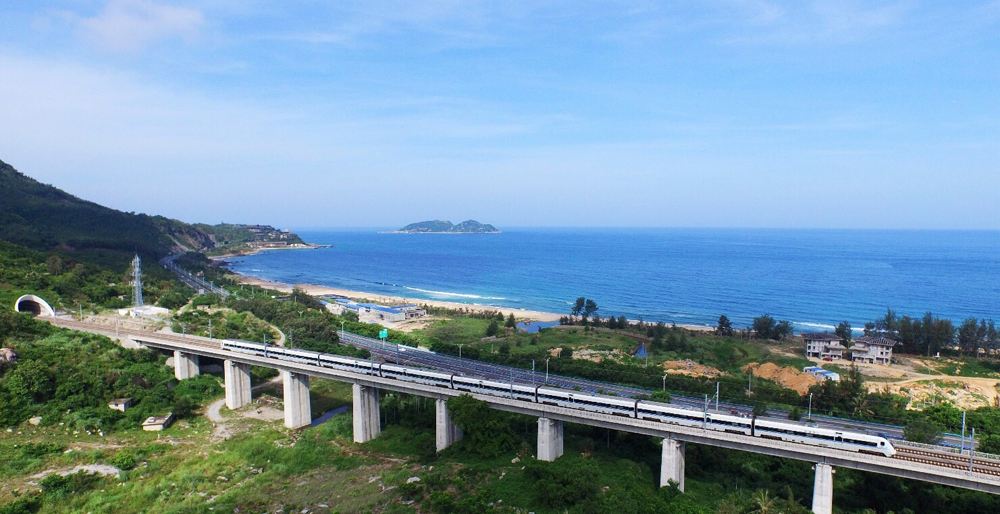 Hainan Island at the country's southern tip is likely to be linked to the mainland's high-speed rail network via a cross-sea connection that may be started by 2015, Hainan Governor Luo Baoming said on Monday.

The link across Qiongzhou Strait would bring more tourists to the tropical island, which has ambitions of becoming an international travel destination, he said.

The province now relies on airlines and ferries to transport tourists but Hainan's two airports – in Haikou and Sanya – are already operating at capacity. They handled 9 million tourists last year but were designed to handle 3 million.

The 80-km-long Qiongzhou Strait, which ranges in width between 20 km and 40 km, has been an impediment in the past to tourists' easy access to the island. Some special ferries can carry trains across the strait but that route takes three hours.

Luo said he hopes the cross-sea passage will let bullet trains zip between the island and the mainland and bring in record numbers of tourists. The train would take around 20 minutes, experts estimated.

The National Development and Reform Commission (NDRC), China's top economic planner, is researching the feasibility of the idea, which the governor called "a world-class project", and exploring the cost and degree of difficulty of building such a link.

Earlier reports showed that the cross-sea passage could either be a bridge costing at least 120 billion yuan ($18.29 billion) or a tunnel costing some 50 billion yuan.

Wang Mengshu, a professor at the Research Center of Tunnel and Underground Engineering at Beijing Jiaotong University and a deputy to the National People's Congress, told China Daily on Monday that, of the two possible plans, the NDRC currently prefers a tunnel because of its cost but a final decision has not yet been made.

He said a bridge could be a suspension bridge that would be at least 70 meters high and have a span of more than 1,100 meters. The bridge would need to be that large to allow for the passage of the dozens of oil tankers that use the strait each day.

However, the area is often hit by typhoons, and the construction of a bridge could affect a number of protected ocean areas, he said.

SOURCE: en.hainan.gov.cn
Editorial Message
This site contains materials from other clearly stated media sources for the purpose of discussion stimulation and content enrichment among our members only.

Next news: Oz endocrinologist unveils the mystery of longer-lasting sex