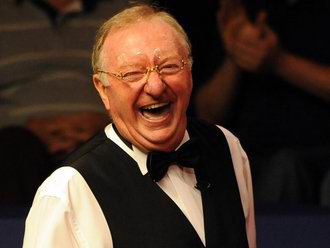 Taylor – looking forward to taking part.
Snooker legend Dennis Taylor is set to take on the class of 2011 after announcing he is to travel to China to play in the first ever Chinalife Xingpai Hainan Classic in association with 110sport.

As one of the first players to put snooker on the map in China the tournament organisers requested that the 1985 world champion was added to the £200,000 event held in what has been hailed as ‘the Chinese Hawaii’.

"It’s great to be back and I am really excited about returning to playing in what promises to be a fantastic event," Taylor beamed to 110sport.tv.

"In 1985 myself and Steve Davis became the first players to travel out to China and it was an incredible experience.

"I played a Chinese player who was wearing a long tie and had a shirt down to his knees, he couldn’t even make a break of 20 – now we have half a dozen top players from China and Ding Junhui only recently won the Masters."

When questioned on his ability to compete with snooker’s current stars, Taylor admits he may be facing a struggle – although he is adamant if he doesn’t beat them on the table he’ll be victorious on the golf course.

"Hainan looks like a wonderful place and the golf clubs will be travelling with me – I might not beat them at snooker but I will beat them on the golf course.

"What can promise there will be plenty of Irish humour as I enjoy my reunion with Chinese snooker fanatics and the best players in the game."

www.sportinglife.com
Editorial Message
This site contains materials from other clearly stated media sources for the purpose of discussion stimulation and content enrichment among our members only.
whatsonsanya.com does not necessarily endorse their views or the accuracy of their content. For copyright infringement issues please contact editor@whatsonsanya.com