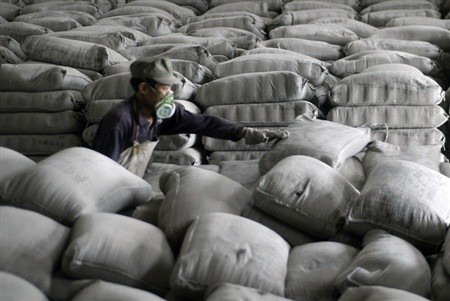 With the world's second largest and fastest growing economy, it can be expected that construction and development in China will continue to skyrocket this year. Reports from the China Cement Association confirm this, predicting strong cement demand for the remainder of the year.

CCA, in a mid-February report, said the country's demand for cement may climb 12% year on year to nearly 2.1 billion metric tons in 2011. CCA pointed to the Chinese government's heightened financial investment in water projects as a new and powerful impetus for the cement consumption. Earlier this year, the Chinese government announced intentions to double its annual investment in water projects to 4 trillion Yuan over the next decade.

Though not mentioned by the CCA, cement is also rising as a result of the construction born of the shift toward metropolitan areas. China is experiencing unprecedented urbanization with hundreds of millions of people migrating to their major cities. To cope with the colossal population influx, a city like Beijing may need to invest as much as $3.6 trillion in urban infrastructure by 2020, according to state media. With that, comes demand for cement and other raw materials.

Seven provinces noted annual cement output of over 100 million metric tons. From an investor standpoint, the water investments and overall Chinese economic growth and urbanization may make cement and other raw materials worth exploring. China is already the number one consumer of cement globally, and the margin by which that is true can be expected to widen as they continue to thrive, while many other economies shrink or experience low-growth as a result of the recession.

This is a factor that lends itself well to China Shuangji Cement Ltd. (OTCBB: CSGJ), a leading producer of high-quality Portland cement in Shandong and Hainan Provinces. The company recently began expanding their facility to ramp up production in order to meet the rising demands expected from the new government funded projects and the population shift into metropolitan areas.

SOURCE: World Market Media
Editorial Message
This site contains materials from other clearly stated media sources for the purpose of discussion stimulation and content enrichment among our members only.

Next news: Snooker legend Dennis Taylor to play in Hainan Classic in March