Hainan to expand tax refund policy to domestic tourists from May 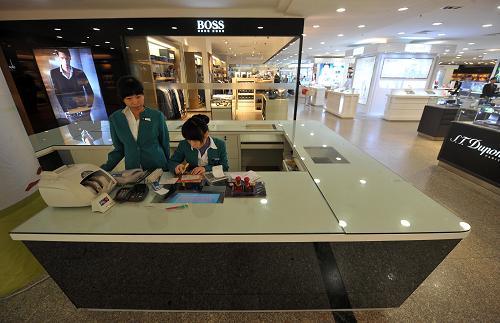 HAINAN Province has pledged to expand its tax refund policy to domestic tourists from May in an enhanced effort to build the island in south China into an international tourism hub by 2020.

Imported products will be the first batch of goods on the tax-free list to lure more Chinese to the tropical island, Luo Baoming, governor of Hainan, said on Thursday in Beijing.

But officials are still working on details to decide who will be entitled to the benefit and how much a tourist can buy to prevent possible misuse such as smuggling, Luo added.

The inclusion of Chinese travelers for the tax-free status is a follow-up on a similar policy in January, which covers foreign travelers only when they buy goods from the 21 designated categories that add up to more than 800 yuan (US$122) on the island.

However, feedback from overseas tourists was not very encouraging.

Customs authorities in Hainan have received a total of 129 tax-rebate applications, which amounted to a combined refund of 50,000 yuan, since January 1.

Luo cited a decline in visiting volume of foreign tourists during the Chinese New Year as one of the reasons behind the lower-than-expected result, saying the policy was still in its trial stage.

Among all foreign tourists who applied for the tax refund, 63 percent came from Russia. But the number of Russians traveling to Hainan is declining sharply, because a weekly flight from Russia to Sanya was canceled in late January and rising accommodation and transport costs began to impede overseas tourist arrivals, Xinhua news agency said.

The inclusion of domestic travelers for tax rebate may change things as up to 97 percent travelers to Hainan are Chinese.

The provincial government aims to sharply increase its tourism revenue to 124 billion yuan by 2020.

Next news: HNA Group plans to include Airbus’s A380s in purchase orders