Taiwan investors allowed to set up wholly-owned hospitals in Hainan 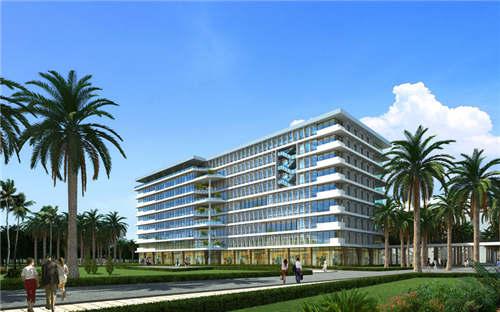 The effect of the Economic Cooperation Framework Agreement (ECFA), which was signed last June between the Chinese mainland and Taiwan, is not only a concern for Taiwan businessmen, but is also being observed and evaluated by multinationals in Taipei.

Chris James, the Chairman of the European Chamber of Commerce in Taipei (ECCT), told Xinhua News Agency that the improving relationship between Taiwan and the mainland would improve the island's business environment and growth prospect. He added that the ECFA is "good for the economy, good for jobs, and good for business."

James said that the improved trade ties across the Straits would make Taiwan's business environment "more attractive" to foreign investors. He added that the ECFA's "early harvest program" of 500-plus products for which the tariff was being reduced was "definitely a step in the right direction."

However, he also noted that it was only a small step and that the ECFA was "still at an early stage" because "there are more than 2,000 items on the list of products which are banned to import from the mainland."

"Until this list of items is significantly reduced, there will be a barrier to invest in Taiwan," said James, who is also the president of Allianz Taiwan Life Insurance Company Ltd.

Under the ECFA's early harvest program, the mainland reduced tariffs on 539 Taiwan goods by nearly $1 billion.

It was also estimated that the program would create about 260,000 new jobs on the island, which would benefit about 23,000 small- and medium-sized enterprises. Taiwan also agreed to reduce duties on 267 items imported from the mainland.

Andrea W. Wu, the president of the American Chamber of Commerce in Taipei (AmCham Taipei), said that multinational businesses had closely watched cross-Straits negotiations and the signing of the ECFA. They are anticipating that the pact could open up new opportunities for foreign companies to leverage a presence in Taiwan and to serve the regional market.

Currently, the mainland's Association for Relations Across the Taiwan Straits and the island's Straits Exchange Foundation, which are authorized by the two sides to handle cross-Straits issues, held talks twice a year to discuss matters concerning trade, cultural exchange and medical, education and judicial cooperation.

Wu added that American companies, especially those in the automotive and petrochemical industries, paid a greater attention to the institutionalized talks and expressed hope that tariff reductions would be further extended.

The petrochemical sector is included in the first round of tariff reductions for about 500 Taiwan goods, but the auto industry is not covered by the rule, which means that motor vehicles manufactured in Taiwan and exported to the mainland cannot enjoy tariff reductions right now.

However, German automaker Volkswagen AG is still weighing plans to build a factory on the island or to outsource production to local carmakers.

A Taiwan official in charge of industrial development said that he hoped car exports from Taiwan to the mainland would be exempted from the tariff, arguing that the island is working to include the issue in future rounds of negotiations.

Wu said that the institutionalized mechanism for cross-Straits talks made the improvement of relations "predictable".

She said that many multinationals considered increasing investment in Taiwan though it was not necessarily related directly to the ECFA, but it was clear that the ECFA brought new opportunities to the island and greatly boosted Taiwan's attractiveness for foreign direct investment and investor confidence.

"With the tariff benefits brought by the ECFA, Taiwan will be able to position itself more effectively as a strategic base for exporting to the mainland, making full use of the direct transport links already in place," Wu said.

She also cited professor Michael Porter at Harvard University, who said that smaller economies benefit more from free trade agreements since "it is gaining access to a larger market."

The survey gathered views from 117 business leaders who were members of AmCham Taipei, a 60-year-old organization with more than 900 members representing some 500 companies, many of which have been stationed in Taiwan for more than three decades.

Meanwhile, Wu said that the cross-Straits direct flights were "concrete progress" that benefits not only the two sides, but foreign travelers as well. Each week, 349 direct flights are operating between the major cities across the Straits.

The EU is the largest foreign investors in Taiwan, and it has accumulated investment amounting to about $29.2 billion on the island, followed by the United States and Japan.

As for investment advice, Chung-Teh Lee, a senior partner at Lee, Tsai & Partners, a Taipei-based law firm, said that investors should consider manufacturing products in Taiwan and exporting them to the mainland because the exports on the list of the "early harvest program" could enjoy tariff reductions or zero tariffs in two years.

Lee said that investors should also consider Taiwan as "a gateway to the mainland" in the medical sector. Because businesses are permitted to set up wholly-owned hospitals in booming mainland areas, including Shanghai, Shenzhen, Jiangsu, Fujian, Guangdong and Hainan.

For foreign film producers who covet the mainland's lucrative film market, Lee suggested that foreign investors should consider corporations with Taiwan film production companies, since Taiwanese films are allowed to be distributed in the mainland without quota limitations.

The mainland has removed quota restrictions for Taiwan films since Oct 28, 2010 and allowed the island's filmmaking resources to compete freely in the mainland film market. Last year, the mainland box office generated more than 10 billion yuan ($1.5 billion), up about 50 percent from 2009.

Previously, Taiwan films had to compete with blockbusters from Hollywood and other overseas films to enter the mainland market, which has a quota limitation.