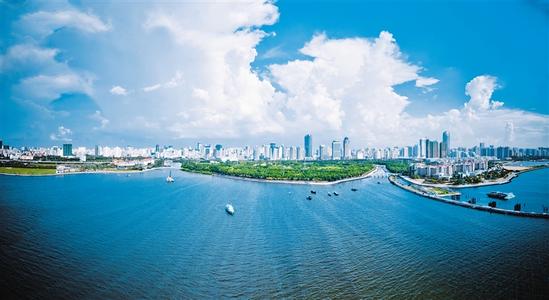 The floor space of residential properties sold in December climbed 98.1 percent month-on-month, compared with a 52.3 percent surge for 2010. The total sales jumped by 116.7 percent in December over the previous month, hitting 9.4 billion yuan ($1.4 billion).

Though the local government has launched measures to limit the number of homes a family can purchase in Hainan, the development of Hainan international tourism island and the construction of railways on the island attracted a growing number of investors.

Statistics from the Sanya property transaction website show the floor space sold in December increased by 46 percent over the previous month, with the average sales price reaching 21,542 yuan a square meter, up 16.7 percent month-on-month.

But more investors are now turning their gaze from residential to commercial property.

According to Chi Fulin, head of the Hainan-based China Institute for Reform and Development, the new taxation policy will add 1.6 million customers to the island and boost the retail market to 2 billion yuan.

Statistics show that Hainan's catering industry had 7 billion yuan in turnover in the first 11 months of 2010, an increase of 23.4 percent over the same period in 2009.

The company plans to build a commercial complex with more than 200,000 sq m of floor space in Sanya, the first its type in the city.

"Compared with apartments along the beach, which have had sky-high prices, I would rather invest in properties in the city's center, with its mature commercial supporting facilities," said Kevin Zhang, an individual investor who has had several apartments in Sanya.

Lin Yixiu, deputy secretary-general of the Sanya municipal government, said at a recent forum that the coordination of the city's tourism and commercial sectors is critical to furthering the city's development.