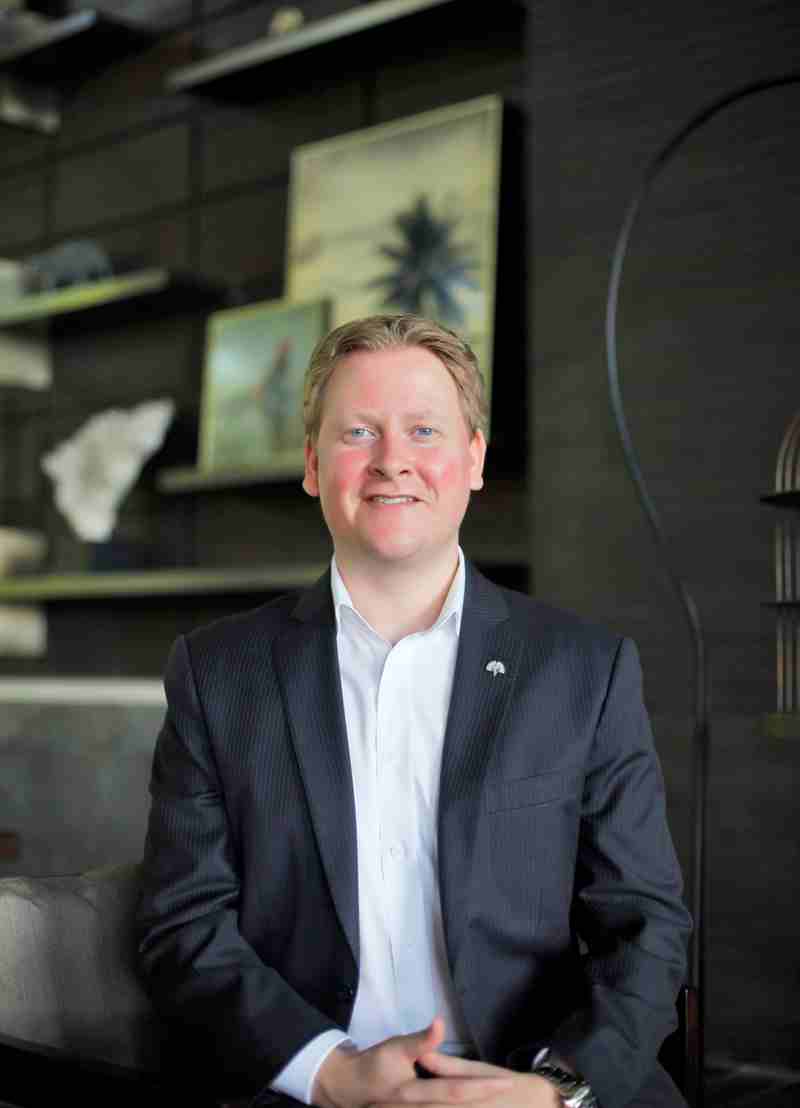 Mr. Robert Cousins has been appointed as the General Manager of Raffles Hainan.

Raffles Hainan is delighted to announce the appointment of Robert Cousins as General Manager of the luxury resort on Hainan Island, China.

A Canadian native, Robert Cousins’s career has spanned almost 20 years in the hospitality industry where he has become well known as an international hospitality business leader with passion and dedication.

Robert began his career in hospitality in Food & Beverage roles at Fairmont Chateau Lake Louise prior to studying at college, and upon graduation he embarked on what would become a successful 17 year career at Fairmont Hotels & Resorts by returning to Fairmont Chateau Lake Louise, this time in the Rooms Division. Here he gained valuable experience in front desk operations and concierge services, before becoming the duty manager. In 2005 he moved to Fairmont Vancouver where he developed further as Assistant Front Office Manager and Night Manager and was subsequently promoted to Housekeeping Manager, then on to Director of Housekeeping, where he then transitioned to the Director of Banquets position for his final two years there.

In 2010 Robert left Canada to take on the challenging role of Director of Rooms at the Fairmont Kea Lani in Maui, and just over two years later in May 2012 Robert took the highly coveted position as Director of Rooms at the legendary Fairmont Peace Hotel in Shanghai. After arriving at the Peace Hotel, Robert’s outstanding performance led him to being promoted twice, first to a role as Director of Operations and two years later to Hotel Manager, where he oversaw all aspects of the hotel.

In 2009 Robert was recognized as Leader of the Year, The Fairmont Hotel Vancouver and holds a Diploma in Hotel Management from George Brown College.

In being appointed General Manager at Raffles Hainan Robert brings his rich experience to one of the most luxurious properties on Hainan Island, and remains committed to the Raffles philosophy of delivering the highest level of service excellence to guests.

"It gives me an enormous sense of pride to lead the team here at Raffles Hainan” said Robert upon his appointment. “The name Raffles is synonymous with high end luxury and I look forward to working with the fantastic team here to providing our guests with unforgettable experiences’.

Next news: Diving and Snorkeling in Lingshui, explore fishes among corals