The Ritz-Carlton Sanya, Yalong Bay enters a “Golden Age” in 2015

In 2008, The Ritz-Carlton Sanya, Yalong Bay opened its doors as the first Ritz-Carlton resort in China. It was well received by affluent global travelers and celebrated by the tourism industry, with 128 awards worldwide. The hotel’s popularity spread quickly and it raised the bar on service excellence among tourism and hospitality operators in Sanya, Hainan.

Fuelled by such great success, putting the luxury living experience in Yalong Bay on the map, the management team is committed to continuously enlivening the resort’s amenities and services. On December 9, 2014, The Ritz-Carlton Hotel Company, L.L.C. officially appointed Mr. Hoss Vetry as the resort’s new General Manager to carry on this mission. 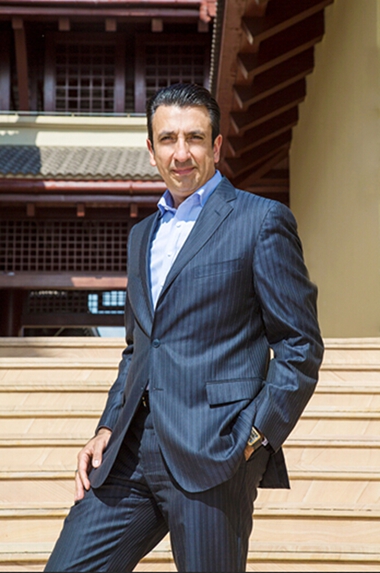 Mr. Hoss Vetry has been appointed as the new General Manager of The Ritz-Carlton Sanya, Yalong Bay.

Mr. Vetry has demonstrated his business acumen as an hotelier, as well as a marketing professional and environmental conservator. With his extensive industry knowledge, Mr. Vetry played a key role in the Qatar Tourism Hotel Board Association. He also maintained an active member status with several other associations, such as the American Chamber of Commerce and American Businessman Association in Qatar. In 2012, Mr. Vetry was awarded the Continent General Manager of The Year Award and in 2013, he was presented with the General Manager Award and Community Footprints Award. Moreover, given his experience and strong leadership skills, Mr. Vetry was selected to assist with the openings of six different Ritz-Carlton properties worldwide.

As he embarks on his new duties in Sanya, Mr. Vetry sends a very warm New Year greeting, along with generous new privileges to all hotel guests and partners. He says, “I am very proud to join The Ritz-Carlton Sanya, Yalong Bay’s family and I am here to service all our guests and to make their experiences at our resort become lifelong memories. As a professional hotelier, I believe that, if a hotel has achieved seven years of successful operations with superlative services, it has entered into a mature and stable stage. I refer to this phase as the ‘Golden Age’. And I am delighted to offer guests and partners wonderful rewards to thank them for their support all along, and to invite them to celebrate the Golden Age with us.”

Many new privileges and services will be rolled out in the new year.

Many new privileges and services will be rolled out in the new year, including the added value for The Ritz-Carlton Rewards, which The Ritz-Carlton Rewards members receive a complimentary upgrade to Deluxe Ocean View room when booking an Ocean Front room; complimentary breakfast for all little guests under 12 years in age; and the newly renovated Fresh 8 restaurant to enhance guests dining experience.

As The Ritz-Carlton Sanya, Yalong Bay moves into their “Golden Age”, the resort prioritizes guest services and maintains a commitment to ever-pursuing a higher level of service excellence, especially as it is located on the exclusive Yalong Bay of Sanya in Hainan – the only tropical island in China.