Malaysian-born Danny Dan is the Executive Chef at the Starwood Complex at Shenzhou Peninsula in Hainan. He has taken charge of six food and beverage venues at the large complex which consists of both a Sheraton and a Four Points hotel. The four restaurants and two bars serve nearly every type of cuisine that any five-star hotel in Hainan Island could possibly offer. Chef Danny rose through the ranks not by chance, but by working hard to achieve the culinary position that he is in today.

Born to a rubber tapping family in Malaysia, his early years as a teen were spent assisting his family in tapping rubber, and earning such a hard living caused him to seek a better life in the bigger city of Ipoh, a city in Malaysia that is predominantly Cantonese. Ipoh is known among Malaysians for its good food and people drive miles to eat in Ipoh. The food haven found there serves Malay, Indian, Western, Chinese and local Cantonese cuisines, and this is where Chef Danny developed his expertise in Malaysian folk culture cooking, a skill that he continues to cherish and improve upon today.

A two-year apprenticeship in Ipoh helped him land a kitchen hand job in Genting near Kuala Lumpur, a casino resort of international stature. There, he learned quickly how to cook many international cuisines, especially Indian, Chinese and South East Asian cuisines as well as some western cuisines.

Chef Danny at the Starwood Complex at Hainan’s Shenzhou Peninsula

Chef Danny’s culinary journey did not end at Genting, as two years in Genting had equipped him to take on bigger prospects and add more cooking experience to his portfolio. He landed a job at Brewerkz, one of Singapore’s oldest micro-breweries-cum-restaurant. While there, Chef Danny decided that his Western cooking skills needed more help than Singapore could offer, and without telling his family of his plan he bought a one way ticket to London where he traveled to Rome, Paris, and Madrid to develop his world class culinary skill.

Chef Danny’s first job in China was at the Brasserie Bio Beijing, a French restaurant in the Westin Hotel on Beijing’s financial street. Three years in Beijing had enabled him to learn the ropes not only in cooking in an upmarket French restaurant and a five star hotel but also in supervising and in administrating food catering. Still not satisfied though, he hopped again, taking his cooking ambitions to a greater height by joining Starwood Shenzhou Peninsula in Hainan. After taking a world journey in culinary learning and experience, Chef Dan is finally back to his ancestral roots – Hainan.

Being an executive chef of six food and beverages venues at the Starwood Complex at Hainan’s Shenzhou Peninsula, Danny has flair. He not only supervises, he also cooks and can often be seen in the dining area collecting feedback from diners. His exclusive dinner created during a ‘Malaysian food night’ for his team showed off in his South East Asian cooking expertise. He cooked and served out Malaysian curry dishes that were comparable in quality and taste to any Malay cook back home in Malaysia, if not better.

Malaysian curry dishes that are comparable in quality and taste to any Malay cook back home in Malaysia, if not better. 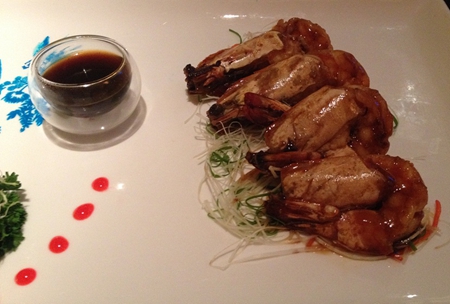 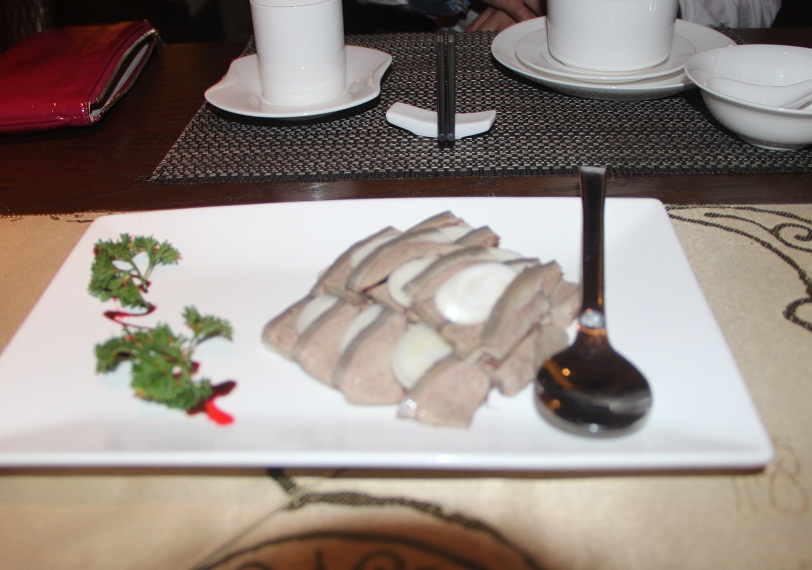 Another special night of dining at the Sheraton’s Chinese Restaurant involved pork rib soup, local veggies, sautéed king prawns, Yangzhou fried rice and Dongshan lamb and showed his Starwood Shenzhou team that he has even mastered the local Hainan cuisine and other Chinese regional cuisine, and also demonstrated the high standard of food and beverage services at the complex.  His Dongshan lamb dish, a signature dish in Hainan, was especially good. It not only retained the tender meat texture and the original taste but also showed off Chef Danny’s simplicity of presentation and marinating that can deliver a great treat to the palate. After my three days and two nights of staying at the Shenzhou Complex and all of my eating and dining experiences there, I can confidently say that the Starwood Complex Resort is truly the place to be for a vacation of dynamic relaxation and indulgence in food, drinks, and play. Starwood Shenzhou is what you are looking for in a tropical island getaway, and you can meet the chef that takes on the responsibilities of the four restaurants and two bars that caters to multiple cuisine. Without the pool of cooking skill and experience gained from his lifelong rich culinary journey, chef Danny would not have made it this far and with such a special personal flair. With Executive Chef Danny at the helm of the tropical beach complex to please your discerning palate, Starwood Shenzhou is the place to be for your next tropical beach escape, and for glorious food, a secluded beach and great golf courses to go along with it.

The restaurants and bars at the resort complex are: