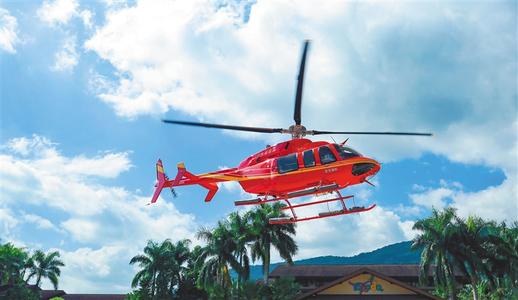 China began authorising private helicopter flights Saturday with a pilot project on the southern island of Hainan, as it begins to open up its tightly-controlled airspace, state media reported.

China's airspace is under tight military control, which severely limits the possibility of private, non-commercial flights.

But authorities recently announced a gradual loosening of the rules for low-altitude airspace, where helicopters and small planes operate.

The tropical island of Hainan is the first place in China to experiment with private flights in low-altitude airspace, confirmed Jiang Sixian, deputy governor of the province.

A flight by a private aircraft will still need to have a flight plan approved by the authorities, a process that could take from a day to a week, according to Xinhua.

Both Chinese millionaires and foreign aircraft manufacturers are eagerly awaiting the opening of China's skies, according to experts who predict rapid growth in the private aviation sector.

Despite its vast territory and booming economy China has very few helicopters, and out of 15,000 business jets worldwide, more than 10,000 are in the United States with fewer than 150 in China.

SOURCE: AFP
Editorial Message
This site contains materials from other clearly stated media sources for the purpose of discussion stimulation and content enrichment among our members only.
whatsonsanya.com does not necessarily endorse their views or the accuracy of their content. For copyright infringement issues please contact editor@whatsonsanya.com