The first capsule hotel in southern China’s Haikou city opens on August 13, 2013.
The hotel covering 200 square meters has 26 capsules. Typically stacked into two rows, the capsules are the length and width of no more than a single bed and equipped with ventilating fans, flat-panel televisions and foldable tables. Daily rent of such capsule hotel is 61.6 yuan (US$10), wi-fi and utilities included. Bathroom areas are communal. 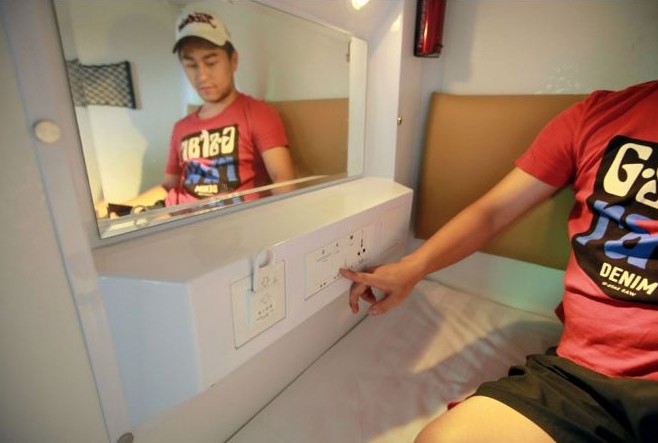 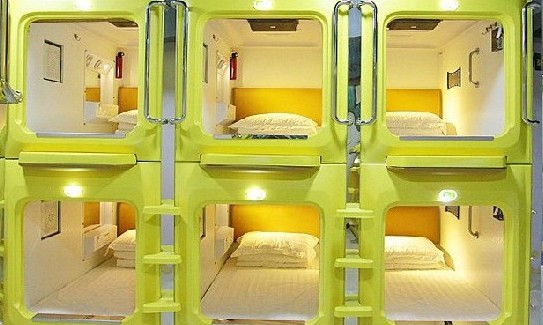 The original capsule hotels in Japan were meant to provide working men with an affordable option if they missed the last train home, since taxis had become too expensive. The first capsule hotel was built in 1979 in Osaka.

As Japan hit harder economic times, however, more and more guests were either unemployed or underemployed and began renting capsules by the month. Some patrons were drunk, others too embarrassed to face their families.

Russia recently got a capsule hotel, but for some reason likely involving claustrophobia, they haven’t really caught on in the West. New York’s pod hotel is a close cousin.

Next news: Sanya Tianya Sleepless City to open for business in September