HomeTravelTravel NewsSanya among stops in Crystal Cruises’ cruise itineraries in 2015

Sanya among stops in Crystal Cruises’ cruise itineraries in 2015 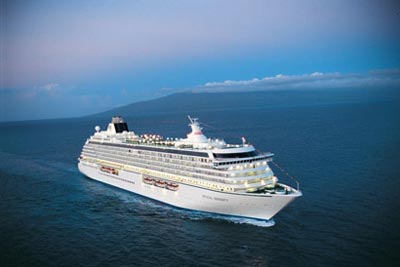 Sailing to all seven continents, ultra-luxe global cruise specialist Crystal Cruises has revealed its complete and comprehensive collection of cruises for 2015 through Winter/Spring 2016. In 2015, Crystal will celebrate its 25th anniversary with 64 voyages calling in 248 ports in 79 countries—with its most ever maiden calls. Crystal Symphony begins 2016 immersed in South America and Antarctica, while Crystal Serenity kicks off the year with a grand Panama Canal cruise that precedes a new World Cruise.

Until now Crystal had only released itineraries through spring 2015, which include a dazzling Asia series and a 108-day “Silver Celebration” World Cruise circumnavigating the globe round-trip from Miami.

Among the new and distinctive highlights for 2015 are:

New Panama Canal cruises: from Chile to Miami and Miami to San Francisco.
New Caribbean cruises that begin and/or end in Colon, Panama.
SOURCE: breakingtravelnews.com
Editorial Message
This site contains materials from other clearly stated media sources for the purpose of discussion stimulation and content enrichment among our members only.
whatsonsanya.com does not necessarily endorse their views or the accuracy of their content. For copyright infringement issues please contact editor@whatsonsanya.com